Notorious Cowboys hater Stephen A. Smith was so distraught after win, he nearly didn’t go to work 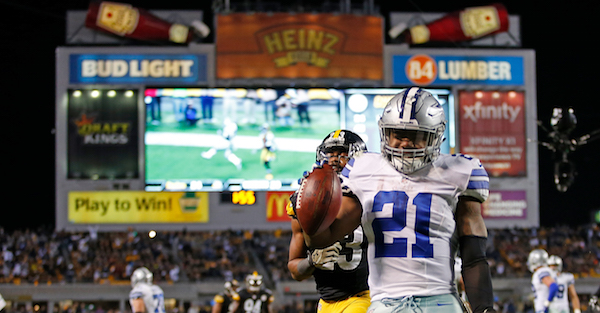 Stephen A. Smith hasn’t been shy about his distaste for anything related to the Dallas Cowboys, and he seemed to have plenty of hope in the Pittsburgh Steelers to knock off America’s surging team.

Instead, the Cowboys stunned the Steelers, scoring in the final minute to put the nail in the coffin, 35-30, and made Smith not want to show up for work:

I don't want to be here today doing @FirstTake. But I showed up. 1 thing: all you @dallascowboys can kiss off. Y'all time is coming!!!!

I usually show up to work on @FirstTake no matter what, but after this @steelers loss to those damn @dallascowboys I just don't know. #[email protected]&$

Behind the dynamic duo of rookie quarterback Dak Prescott and running back Ezekiel Elliott, the Cowboys now hold the NFL’s best record at 8-1.