How Much Do NFL Referees Make?

Tony Romo Married a Beauty Queen & They Have 3 Sons Together

Calvin Johnson Retired in His Prime, But Where is Megatron Now? 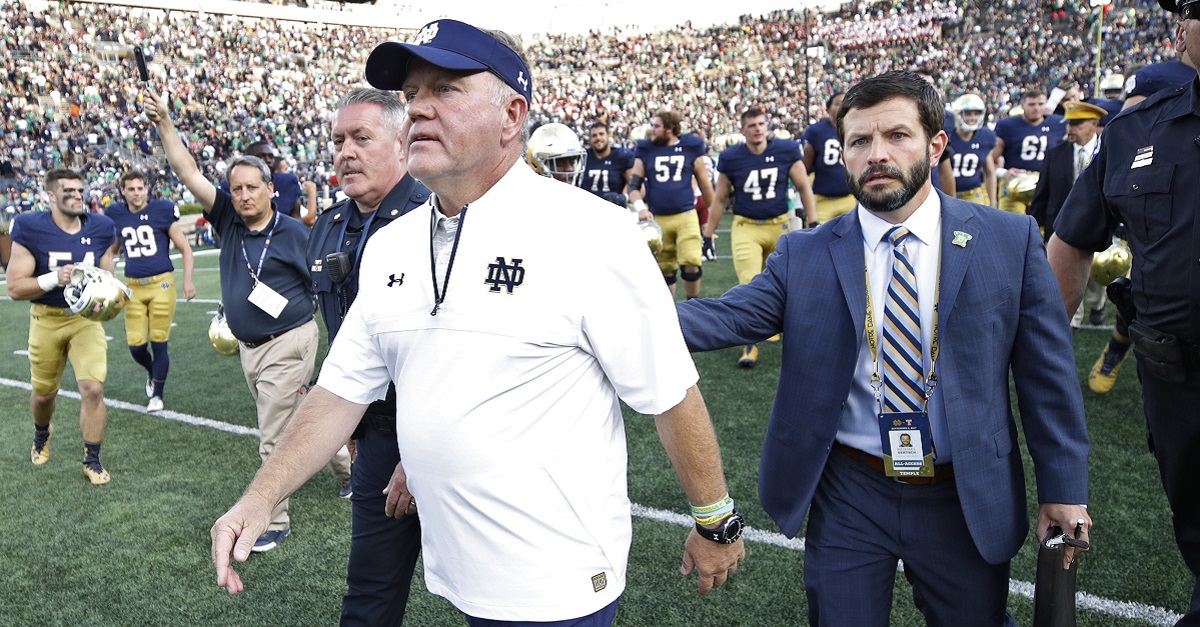 Notre Dame head coach Brian Kelly may be considering a jump to the NFL, but it seems his ideal choice has already been filled.

Kelly was rumored to have interviewed for Chicago Bears’ head coaching vacancy, which was filled by Matt Nagy earlier this month, according to multiple reports coming out of the Senior Bowl this week.

According to 247Sports’ Victor Cotto, the Bears’ opening was the only NFL job that the coach “had eyes for.”

Trevor Siemian also can be had.
Notre Dame HC Brian Kelly only had eyes for one NFL job — the #Bears, per talk at the #SeniorBowl. Interesting to see how things pan out with Nagy.

1) Notre Dame HC Brian Kelly might be looking for a way out. We’re told he had eyes for the NFL, one source said he interviewed for #Bears job.

Kelly spent the past eight seasons at Notre Dame, leading the Fighting Irish to a 69-34 overall record, which included a BCS National Championship Game appearance in 2012.

Excluding a 4-8 finish in 2016, his teams have have finished with a winning record during every season of his tenure, which included a 10-3 overall record in 2017.

Kelly also owns a career record of 240-91-2, with additional stints at Cincinnati, Central Michigan and Grand Valley State dating back to 1991.

While the Bears job may have been his first choice, it’s likely that Kelly will once again be linked to several openings next season should he continue to find success in South Bend.