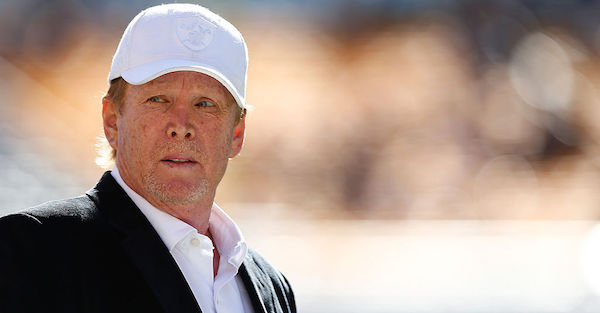 The Oakland Raiders have relocated to Las Vegas, though they plan to remain in Oakland for the next few seasons.

However, the Raiders owe approximately $800,000 in unpaid parking dues, which makes them eligible for eviction.

Related: Oakland is still going to be paying for the Raiders even after they leave for Las Vegas

New: #Oakland Coliseum board learns that #Raiders are at least 4 years past due in paying parking revenue, must pay to play here next season

The Raiders haven’t shared their parking dues in four years.

"We're blindsided by this," say #Oakland Coliseum board members of #Raiders failure to pay parking revenue for at least 4 years

The Raiders have been paying the minimum amount, and the owe $25,000 for every home game over the last four years. However, the Raiders likely won’t be evicted.

Coliseum board says it will not use parking revenue default as excuse to kick #Raiders out now; will let them pay & play here in 2017

The Raiders are expected to play in Oakland two more seasons before relocating, but they could be evicted if the city decides to be petty about the relocation. It doesn’t look like they will force the Raiders out, but the fact that they could should at least make the franchise nervous.