USC makes it crystal clear to O.J. Simpson whether he’s welcome back on campus 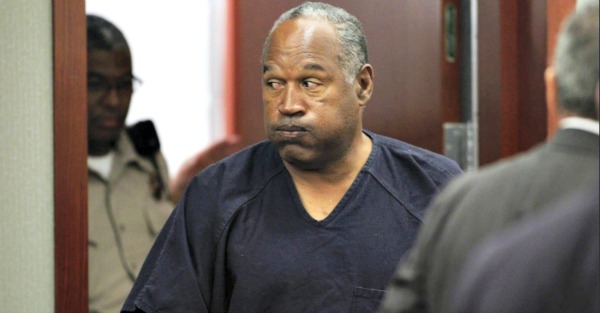 Clay Helton on O.J. Simpson: "What the administration and the athletic department have said is, no, O.J. will not be part of our functions."

Simpson is still, arguably, the most famous Trojan ever, after winning a Heisman trophy while a running back there and then going on to a Hall of Fame career. But his life has been a shambles ever since he wasn’t accused of killing his ex-wife and her friend (but found not guilty).

He was later convicted of robbery but was granted parole from a Nevada commission by a 4-0 vote from the parole board.

Simpson, now 70, has served just over nine years of a 30-year sentence for a memorabilia robbery in Las Vegas in September, 2007. Simpson and five other men entered a hotel room and held two memorabilia dealers at gunpoint because Simpson claimed they had possession of items that rightfully belonged to him. Simpson was arrested, held without bail, and eventually convicted of kidnapping, armed robbery, assault with a deadly weapon, burglary and conspiracy.

Now, Simpson will get to spend the rest of his years in society, if he stays out of trouble. He could be released as soon as Oct. 1.

Simpson was a football star at Southern California, where he won the Heisman Trophy in 1969. He played in the NFL from 1969-1979, and in 1973, became the first player to rush for more than 2,000 yards in a season. He played for the Buffalo Bills until 1977, and was traded to the San Francisco 49ers following that season, an that’s where he played the final two years of his career. He was inducted into the Hall of Fame in 1985.

Given that history, USC has decided they don’t want “Juice” on campus. You can’t blame them for that.