O.J. Simpson’s infamous Ford Bronco has made its return to the spotlight 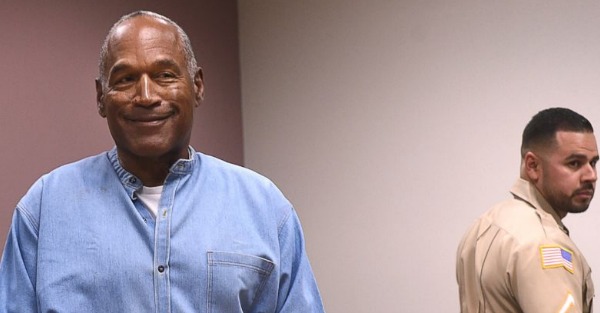 While O.J. Simpson is set for parole sometime later this year, he may need to find a new car once he’s released from prison.

According to TMZ, Simpson’s former agent Mike Gilbert, who has kept the Hall of Famer’s infamous white Ford Bronco owned and driven by Simpson’s friend Al Cowlings during the former Buffalo Bills star’s 1994 police chase in his possession for nearly 22 years, plans to sell the vehicle.

But that’s not all.

According to the website, the stars of the television show Pawnstars are being given an exclusive opportunity to buy the Bronco for $500,000. The show will air the episode in which Gilbert and Pawnstars’ Rick Harrison negotiate next Monday.

On June 17, 1994, Simpson’s lawyers convinced him to turn himself in following the deaths of his ex-wife Nicole Brown and her friend Ron Goldman. Instead, Cowlings drove him down the Los Angeles Freeway, while up to 20 police cars — as well as more than nine helicopters — chased the Bronco. Simpson turned himself in to authorities later that night at his home in Brentwood.

Typically, Harrison attempts to bring down the seller’s original asking price on a potential buy. According to TMZ, the most expensive items ever sold at the Pawn Shop were gold bars priced at $128,000.