On Andre Johnson’s retirement, we remember the time he beat the hell out of Cortland Finnegan 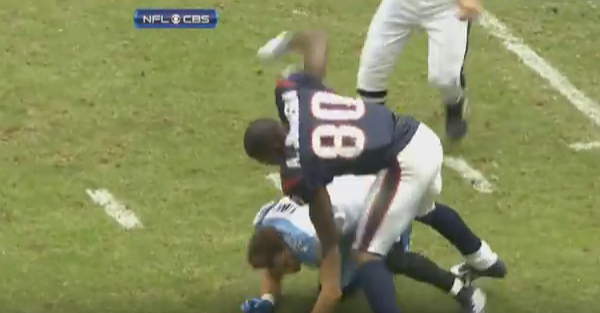 Before years of injuries and Andre Johnson’s shift around the AFC South, he was one of the more dominant receivers in the NFL and showed defensive backs across the league not to push him.

Cortland Finnegan didn’t get the memo and as one of the more physical defensive backs in the league, pushed Johnson over the edge. That resulted in Johnson throwing hands and putting Finnegan on his stomach with some heavy-handed blows.