Once thought to be a first-round pick, this rookie QB has been absolutely dreadful 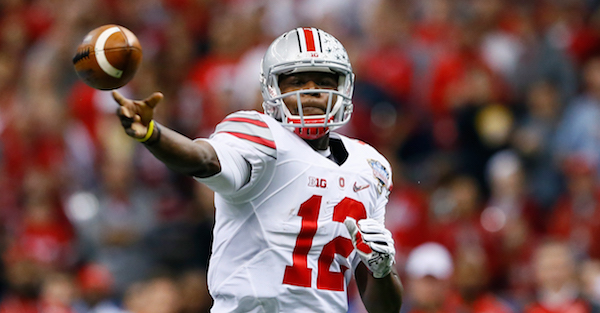 After leading Ohio State to a national championship in an incredible first year as the starting quarterback, if Cardale Jones had left school he could have been a first-round pick.

Jones returned to Ohio State, had an up-and-down season and fell to the Buffalo Bills in the fourth round.

And as a rookie, things have only gotten worse for the once highly-touted quarterback:

Cardale Jones just threw a pass so far off target it knocked the phone out of the hand of a reporter 40 feet behind the sideline.

According to Buffalo News, Jones’ “wild inaccuracy” has been evident since the first practice and it’s not getting any better.

At least he’s working to get better.