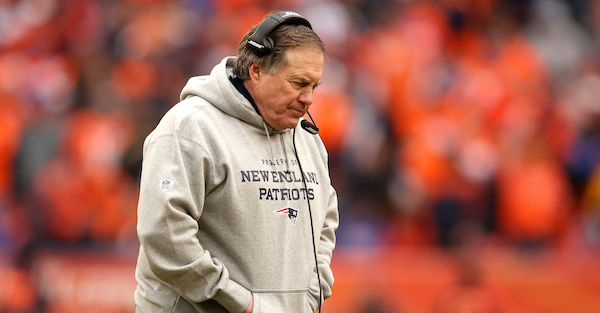 The New England Patriots have been extremely active in recent days and part of that roster overhaul includes an interesting addition to the secondary. Bill Belichick and his staff swung a deal to pick up former Buffalo Bills cornerback Stephon Gilmore and, while many assumed that was to replace the now-departed Logan Ryan, it does not appear that incumbent No. 1 cornerback Malcolm Butler is very happy about it.

Pats would be cool with getting a 1st rnd pick for Butler (they don't have a 1 or 2) I hear. Butler is telling teams he wants Gilmore $$ …

For those asking, nothing untoward or illegal w/Butler's agent pursuing a deal elsewhere. As an unsigned restricted FA it's beyond kosher

Butler is, of course, a Super Bowl hero in New England and he has played at an extremely high level in the recent past. However, the Patriots are notoriously stingy when it comes to contract negotiations and the fact that this has leaked out is probably not the best sign for Butler when it comes to returning to Foxborough.

Because he is a restricted free agent with a first-round tender, Butler is obviously within his rights to explore another avenue to get the deal he seeks. With that said, it would be aggressive for another NFL team to pay him what he wants and give up what it would take in draft ammunition, which could leave Butler on the market for longer than he apparently would like. Waiting out Bill Belichick seems like a bold strategy, but we’ll see if it pays off.