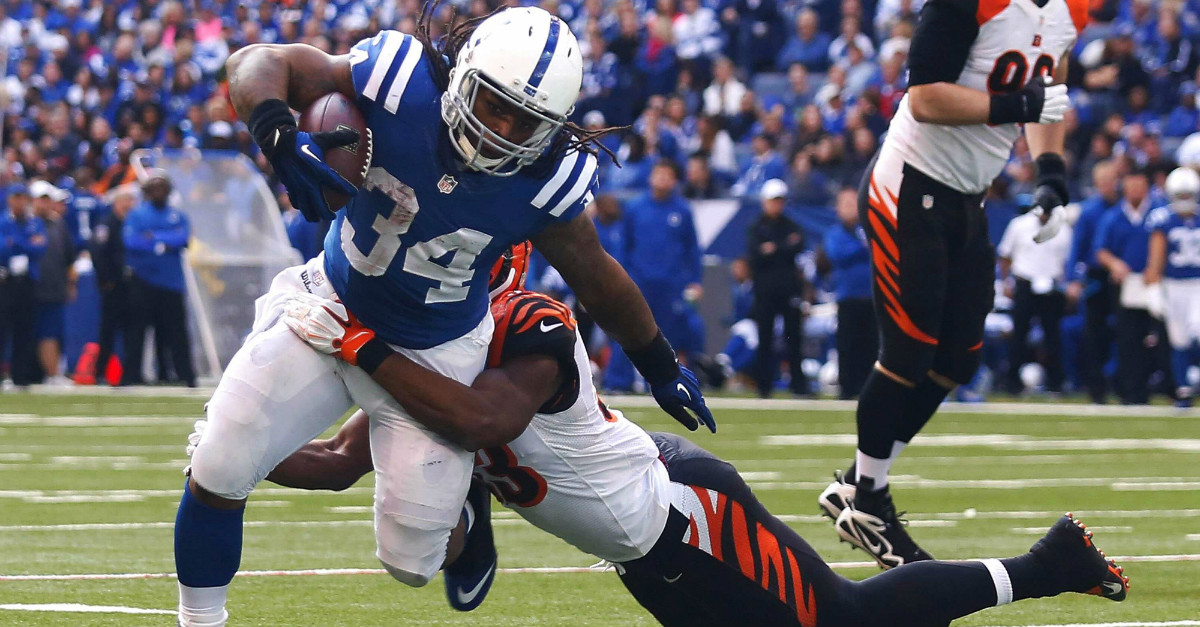 It appears the chances in the NFL are endless if you are taken with a Top 5 pick.

After putting Jamaal Charles on IR on Tuesday to deal with a knee injury, it appears that the Kansas City Chiefs went to the extreme to find a replacement. According to Adam Schefter, former No. 3 overall pick Trent Richardson worked out with the Chiefs on Tuesday.

RB Trent Richardson, former No. 3 overall pick in the draft, worked out for Chiefs today.

RELATED: Trent Richardson, once thought to be a star in the making, blames his family for his failed career

After a standout career at Alabama, Richardson flamed out in the NFL after being selected so high in the NFL Draft. After rushing for 3.3 yards per carry in four NFL seasons with the Browns and Colts, Richardson has followed that up by being cut in each of the next two preseasons.