One of the top wideouts ever could retire after this season, but his father says otherwise 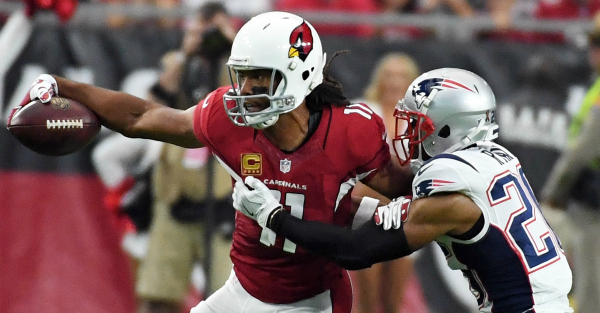 NFL Network’s Ian Rapoport has reported that Arizona wide receiver Larry Fitzgerald will retire at the end of the season, while his father took to Twitter to say otherwise.

After his strong performance Sunday, reports emerged that Fitzgerald has no plans to retire:

Cardinals fans can relax. Larry Fitzgerald has no plans to retire after this year, per sources. It's why he signed an extension last month.

Fitzgerald’s a nine-time Pro Bowler and has over 13,000 career receiving yards. He currently ranks fifth all-time in receiving yards per game (76), showing consistency across his 12-year career.

Despite having John Brown and Michael Floyd as already strong contributors, the Cards would lose easily their most steady presence at wideout.