One week away from the biggest return of the season, Josh Gordon’s future with the Browns is now “in doubt” 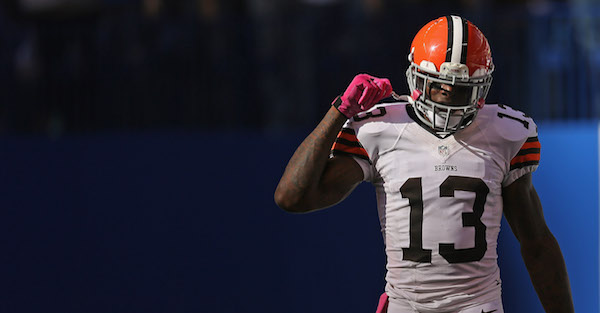 Cleveland Browns wide receiver Josh Gordon’s return to the NFL will have to be put on hold after the team announced on Thursday that the wideout will step away from football to enter a rehab facility, per Fox 8:

“After careful thought and deep consideration I’ve decided that I need to step away from pursuing my return to the Browns and my football career to enter an in-patient rehabilitation facility. This is the right decision for me and one that I hope will enable me to gain full control of my life and continue on a path to reach my full potential as a person. I appreciate the support of the NFL, NFLPA, the Browns, my teammates, my agent and the community through this extremely challenging process.”

Gordon was eligible to return October 9 against the New England Patriots after serving a four-game suspension.

#Browns WR Josh Gordon was days away from reinstatement. Now headed to rehab. His status with the Browns in the future is seriously in doubt

Gordon has been suspended for 42 of his last 77 possible games dating back to his senior year at Baylor, per Cleveland.com. His four-game suspension stems from a reported failed drug test.

He missed all of last season, but the 25 year old still proves to be one of the most dynamic wideouts in the league.