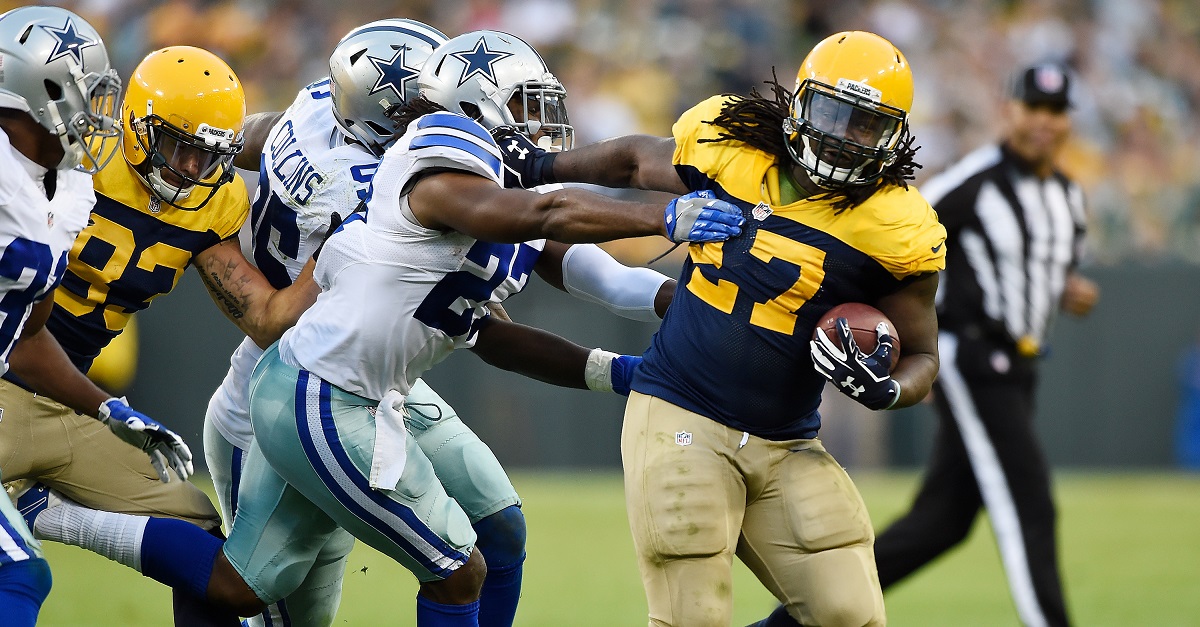 The Green Bay Packers (3-2) have not been playing as well as they’ve wanted to start the season as they are 25th in the league in total yards per game and 16th in rushing yards per game. Eddie Lacy has been the workhorse for the offense, but the backs after him do not inspire any sort of confidence.

RELATED: Packers wideout cheated the system and nabeed an extra 38 yards on a kickoff

There’s James Starks and then Aaron Ripkowski at fullback. With Lacy’s constant ankle pains the Packers desperately needed some help in the backfield and they’ve found in the form of a trade with the Kansas City Chiefs.

The #Chiefs have traded RB Knile Davis to the Green Bay Packers, a source tells me.

In their trade for #KCChiefs RB Knile Davis, the #Packers gave up a conditional late-round pick. Likely based on playing time.

Knile Davis has backed up Jamaal Charles since he was drafted in 2013 and had a breakout year in 2014 when Charles was injured for much of the season. He rushed for six touchdowns and over 450 yards, but has not seen production like that since then. However, he’s a speedy and shifty back that could give the Packers a different look on offense.

This was actually the first time the Packers have traded for a player since 2010 when they acquired safety Anthony Smith from the Jacksonville Jaguars.