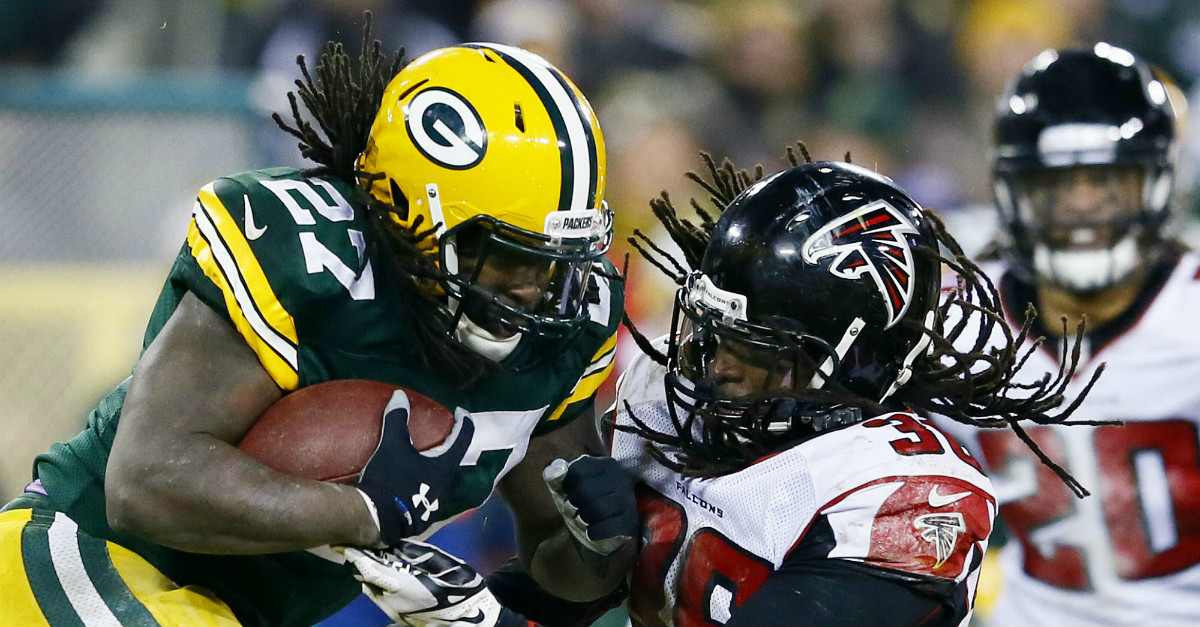 It’s not a very good thing when you’re running back comes out saying that he’s ‘very blind,’ but that’s exactly what Green Bay Packers running back Eddie Lacy told the media.

Lacy has battled an irritated left eye this week due to wearing his contacts longer than the recommended 30 days before you change them out. He hopes to have both contacts ready to go by Sunday, but there’s a good chance he won’t be able to. He can wear goggles on the field, but doesn’t really want to because it’s not the best fashion statement.

“I refuse,” Lacy said before backtracking slightly, per ESPN. “I don’t want to say I refuse because I might, because I think it will be better than wearing contacts, but that’s kind of old school.”

His vision is so bad right now that he can’t even see across the locker room.

Packers fans better hope Lacy mans up and wears the goggles if his vision is still a problem come Sunday. Green Bay squares off against Tampa this weekend.