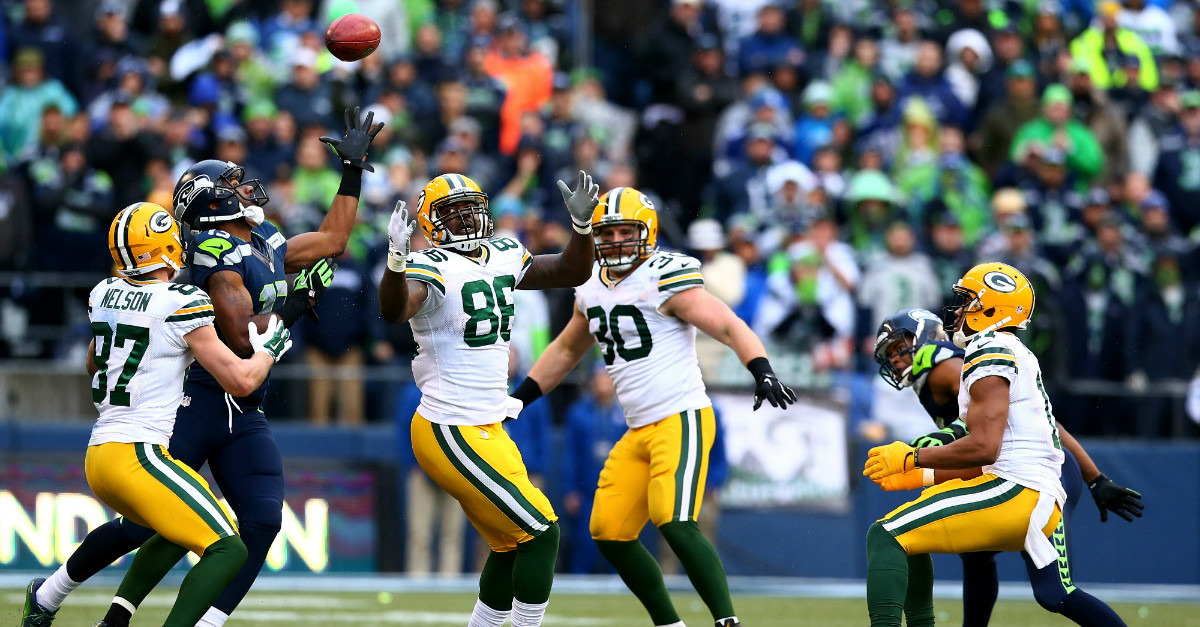 Sadly, Brandon Bostick will be remembered by NFL fans, and more so Packers fans, as the guy who botched the onside kick in the NFC Championship game against the Seahawks. Bostick could not bring in the onside kick, which Seattle recovered. Seattle eventually advanced to the Super Bowl.

The Packers have decided to release Bostick less than a month after his unfortunate play.

Shortly after the game, Bostick said his job was to block for Jordy Nelson, who was supposed to come down with the ball. His postgame press conference was really sad and he said he felt like he let the team and fans down.

I hope the 25-year-old can get another chance in the NFL. It would be really unfortunate if he didn’t have a chance to redeem himself.