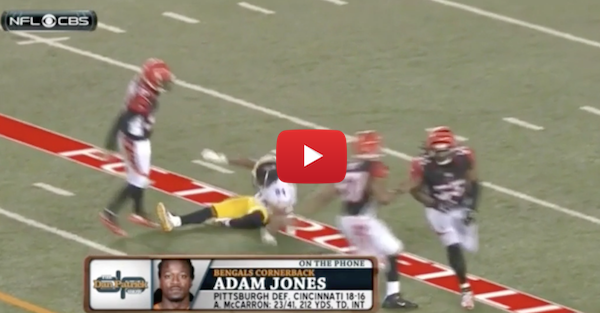 With victory in their hands, the Cincinnati Bengals gave away a heartbreaker on Saturday night, earning two 15-yard penalties to hand the Pittsburgh Steelers a ticket to the divisional round of the playoffs.

Days after the contest, Bengals defensive back Pacman Jones is still furious at the way the game played out. Aside from questions as to why Steelers coach Joey Porter was on the field after wide receiver Antonio Brown was injured, Jones wondered aloud on the Dan Patrick Show whether the wideout was actually injured.

Jones noted Brown winked at him on the way off the field after a crushed him from Vontaze Burfict.

Pittsburgh will play the Denver Broncos on in the divisional round.