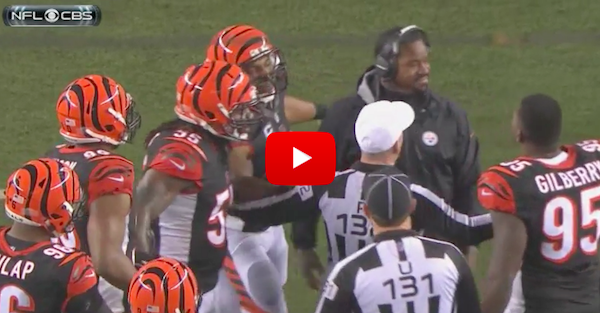 In one of the more epic collapses in recent memory, the Cincinnati Bengals gave away their playoff tilt with the Pittsburgh Steelers late Saturday night.

Holding a one-point lead, linebacker Vontaze Burfict got hit with a 15-yard penalty for laying out Antonio Brown. Minutes later, defensive back Pacman Jones got hit with another 15-yard penalty, this time for shoving Steelers coach Joey Porter, moving the field goal from a tough one to a chip shot.

Steelers assistant coach Joey Porter will be fined for coming on to field Saturday night and engaging Bengals players, per a source.

That fine Porter will pay off is likely worth it in the grand scheme of things, as it sends the Steelers to the next round and a furious group of Bengals home to watch on the couch.