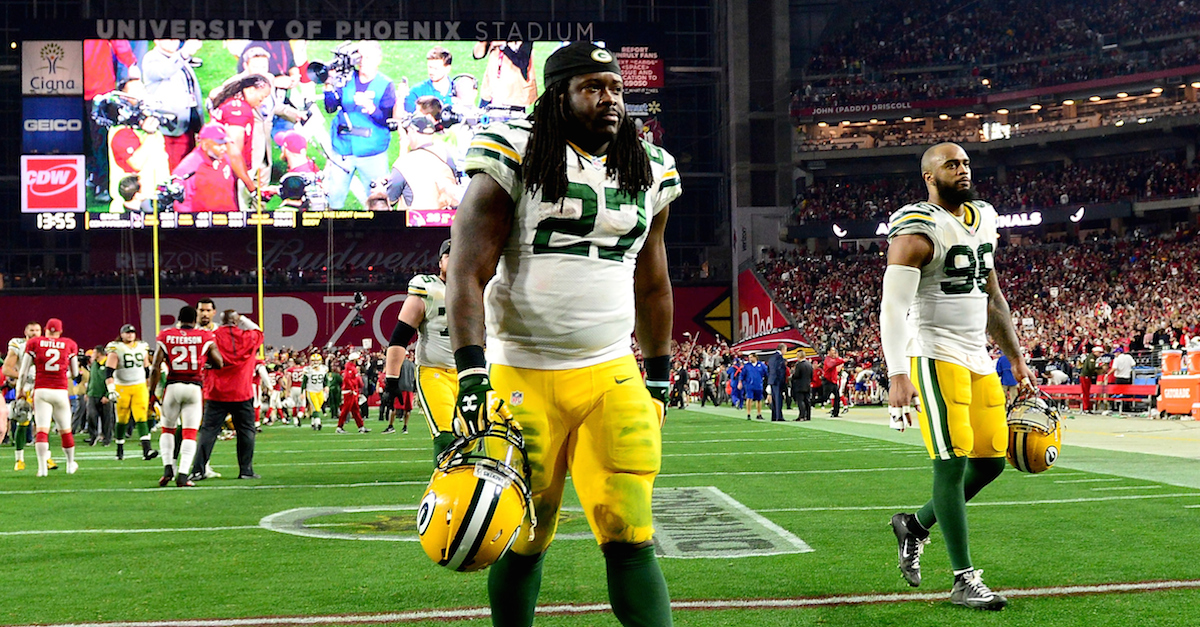 Jennifer Stewart/Getty Images
GLENDALE, AZ - JANUARY 16: Running back Eddie Lacy #27 and defensive end outside linebacker Mike Neal #96 of the Green Bay Packers walk off the field after losing in overtime to the Arizona Cardinals 26-20 in the NFC Divisional Playoff Game at University of Phoenix Stadium on January 16, 2016 in Glendale, Arizona. (Photo by Jennifer Stewart/Getty Images)

While head coach Pete Carroll talked up liking his running back big, incentives in Lacy’s contract includes dropping some of the wight he’s gained:

Despite the massive weight gain, Lacy is reportedly ready to come in and show he’s not a “fluke,” per Seahawks.com:

“Just want to come out and showcase what I can do, prove that I’m not a fluke, that I can do what I do and do it really well.”

“I’m very motivated to prove myself,” he said. “I know what I’m able to do, but I just want to go out and show everybody that I can do it and will do it. I just can’t wait to get my chance.”

“I’ve always favored Marshawn Lynch’s running style, and that’s something Pete Carroll definitely likes. I’m going to come in and do my best impression of him and just bring my hard work and my hard running style to the table,” Lacy said, per the team’s website.