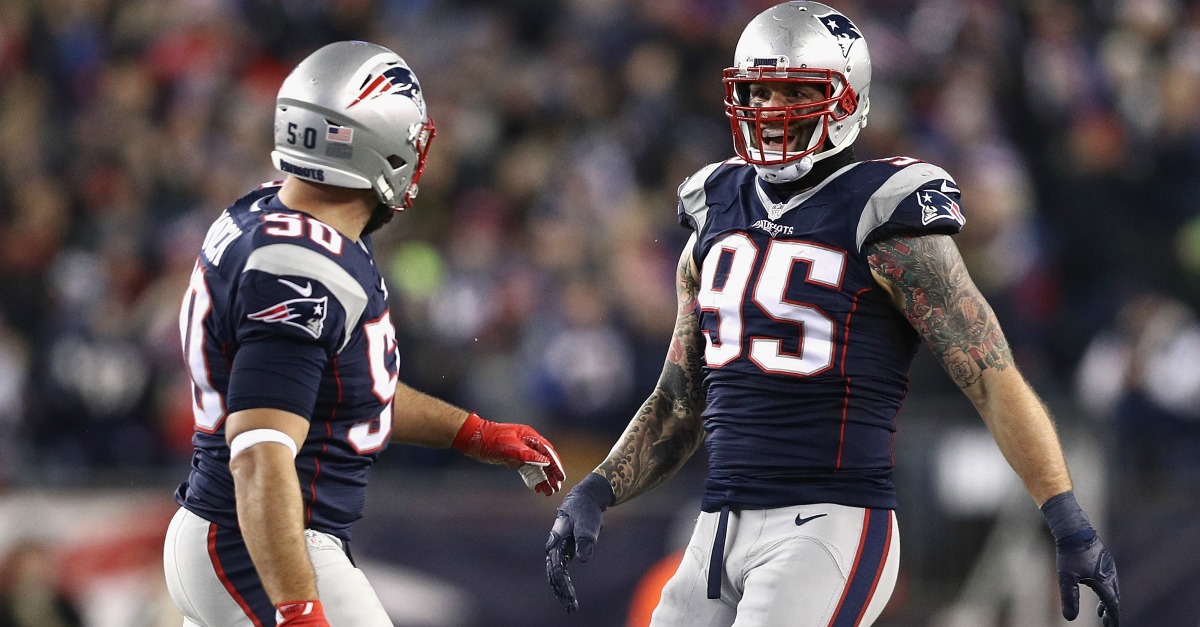 Chris Long isn’t going to go to the White House when the new England Patriots visit and celebrate their Super Bowl win. He isn’t the only player who opposes President Trump’s policies and has decided to skip the festivities.

RELATED: Tom Brady weighs in on his teammates skipping the White House visit.

But Long is tired of the trolls criticizing his decision, and he’s come out with both guns blazing.

"You hate white people" Oh yeah, for sure. I despise them but I named my son (who is white) after an outlaw country singer.