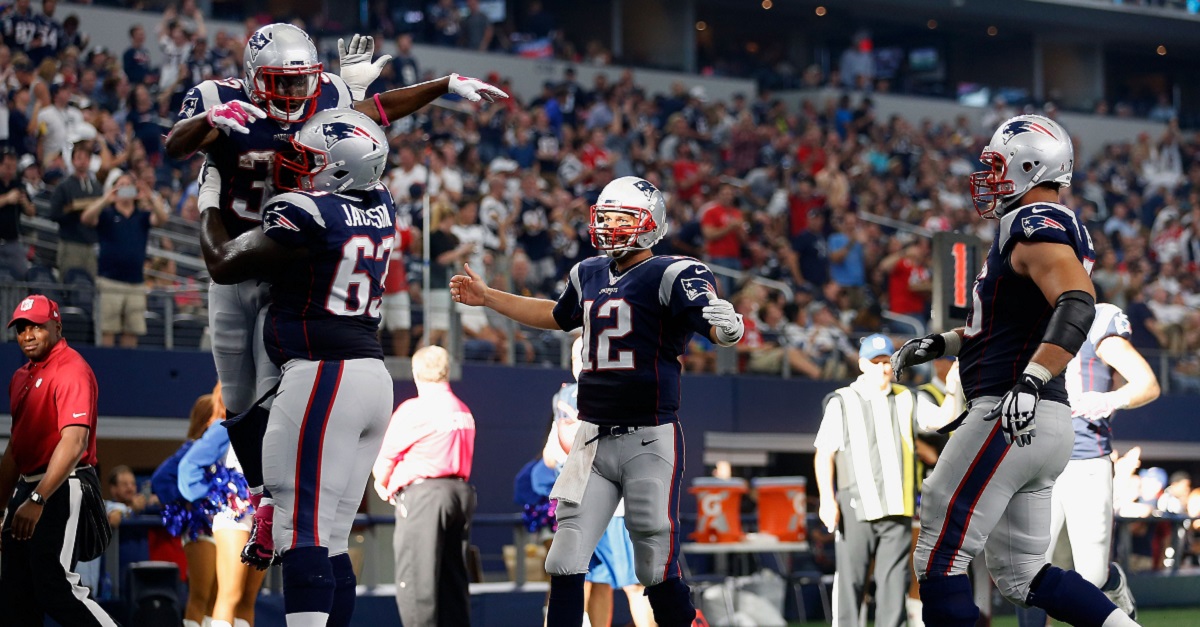 Christian Petersen/Getty Images
ARLINGTON, TX - OCTOBER 11: Running back Dion Lewis #33 of the New England Patriots is lifted in the air by offensive guard Tre Jackson #63 after scoring on a ten yard touchdown reception from quarterback Tom Brady #12 during the second half of the NFL game against the Dallas Cowboys at AT&T Stadium on October 11, 2015 in Arlington, Texas. (Photo by Christian Petersen/Getty Images)

The New England Patriots had just brought back a huge part of their running game in running back Dion Lewis. He was the guy who would spell LeGarrette Blount at times and keep him fresh throughout games and the season. It seems he may have suffered a setback after tearing his ACL last season.

RELATED: Dion Lewis goes down with an ACL injury

Lewis will start the season on the PUP (physically unable to perform) list for a little surgery he needs on his knee.

The Patriots offense was considerably better when he was on the field than when he wasn’t so he is going to be missed as he recovers from his most recent surgery.

Two yards might not sound like much, but over the course of a game and a season that number becomes huge. Lewis resurrected his career last season with the Patriots running for 234 yards and four total touchdowns.