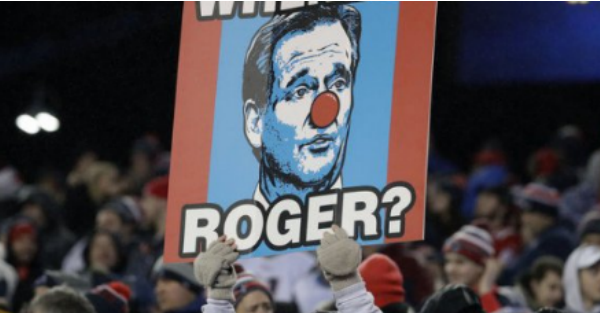 There’s no surprise New England Patriots fans won’t miss an opportunity to stick it to NFL Commissioner Roger Goodell, whom they consider to the Demon of DeflateGate. This sign, at the Patriots’ Super Bowl parade today, is one of the more profane one we’ve seen.

It fits, considering most fans think he blows.

As it that wasn’t bad enough, even the kids are weighing in:

And in the event neither of those were clear, how about:

Doesn’t look like Goodell is going to get Man of the Year in New England.