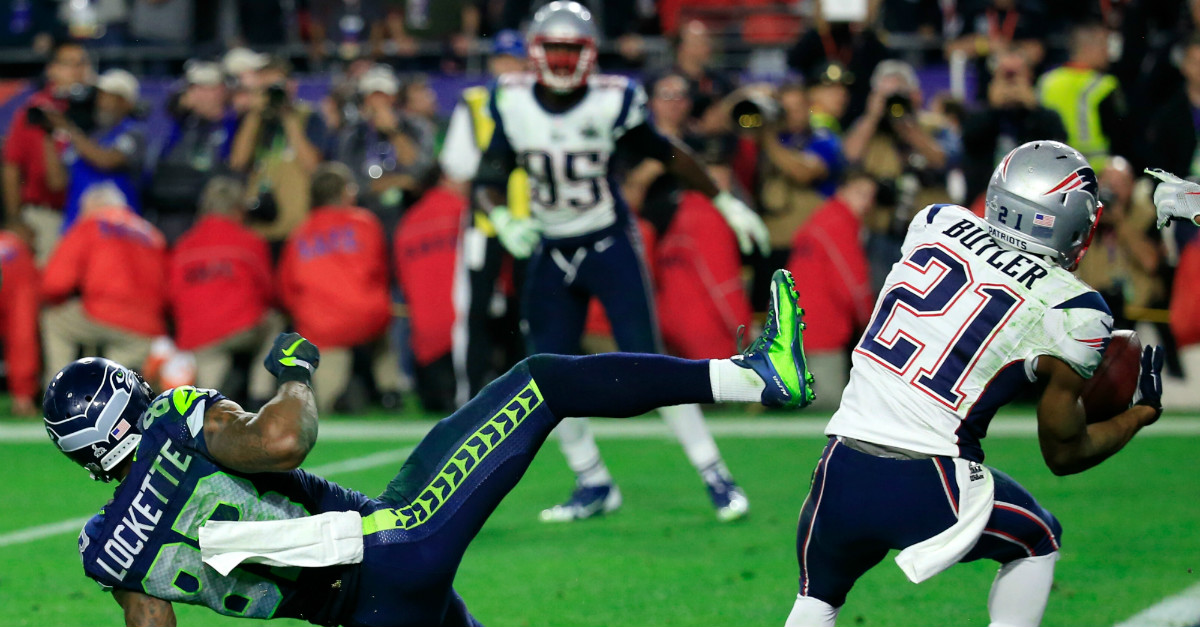 We all know the ending by now, Russell Wilson throws a pass on the one-yard line that is intercepted by Patriots CB Malcolm Butler, which ultimately secured a Super Bowl victory for New England. When Seattle got down to the one-yard line, most of the country probably thought Marshawn Lynch would pound the ball into the endzone, but obviously they didn’t.

Patriots running back Shane Vereen thinks the game would have turned out differently if Lynch would have been handed the ball in the situation.

“I think it’s a different game, I think it’s a different ending,” Vereen said. “When I was on the sideline, and I saw where they had the ball in the situation, we were trying to get some plays together for the offense to try and get at least a field goal to tie the thing up. So my focus was mainly more on that, ’cause I definitely thought they were going to hand it to him and he was gonna punch it in.”