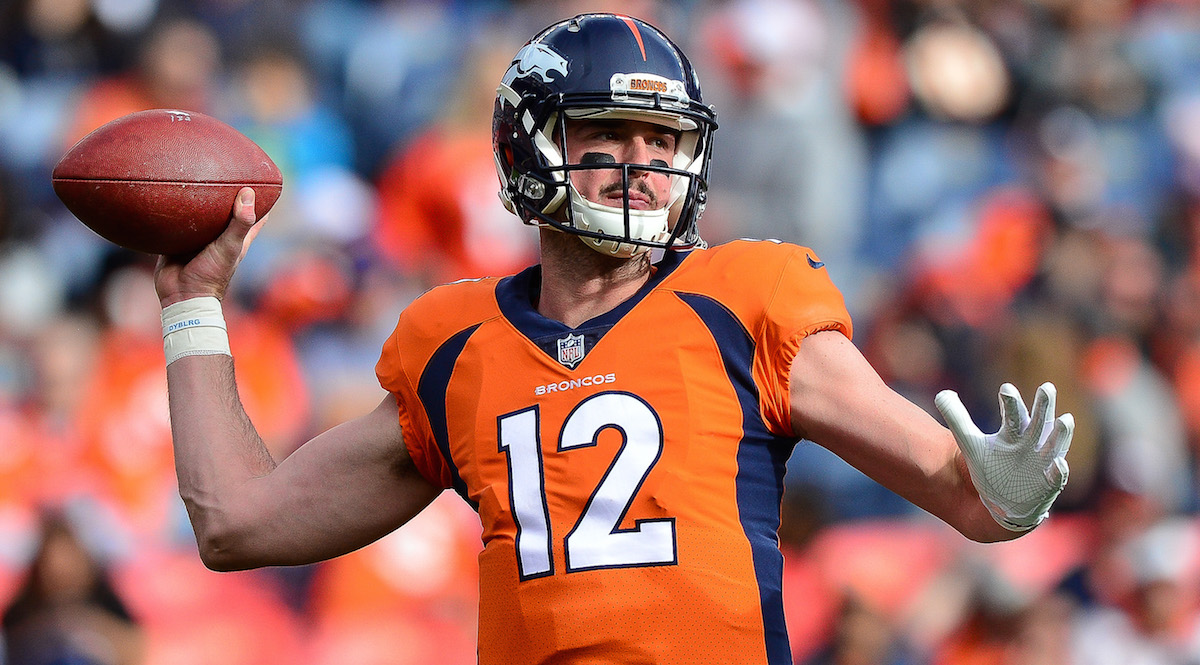 The Denver Broncos have reportedly once again moved on from quarterback Brock Osweiler.

The Broncos’ decision to fire offensive coordinator Mike McCoy will coincide with Paxton Lynch taking over as the team’s starting quarterback for the remainder of the season, according to Lionel Bienvenu of KMGH in Denver.

Lynch was listed as Denver’s No. 2 quarterback and active for the first time all season during the Broncos’ 20-17 home loss to the Cincinnati Bengals, which extended a six-game losing streak.

?We?ll see,? coach Vance Joseph said when asked during his postgame press conference if Lynch would start against the Oakland Raiders in Week 12. ?We?re going to watch the tape and see where we are as an offense. Obviously, he?s healthy now. He?s a young player with talent. We?ll see.?

Lynch, a former first-round pick, spent the majority of the season recovering from a shoulder sprain that occurred during the preseason, while both Trevor Siemian and Osweiler — who’s started the last three games for Denver after being re-acquired from the Cleveland Browns several weeks ago — have struggled.

Osweiler has thrown for 447 yards, two touchdowns and three interceptions with a 52.0 completion percentage.

Lynch completed 59 percent of his passes for 497 yards, two touchdowns and one interception during three appearances as a rookie in 2016.