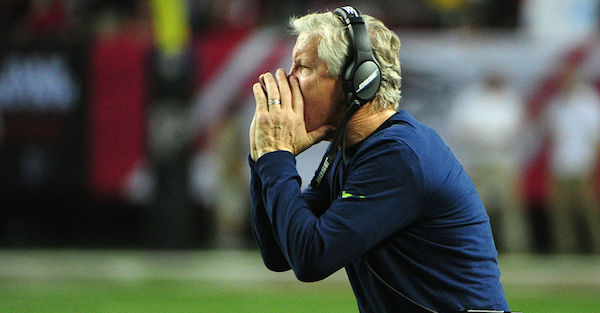 Seattle Seahawks coach Pete Carroll is known as an emotional man. It is why it comes as nearly no shock that he won’t mince words when discussing the chances of two of his stars ever being able to play football again.

During an appearance on a radio show in Seattle, Carroll was asked about former Super Bowl champs and Pro Bowlers Cliff Avril and Kam Chancellor. Then, unfortunately, you can feel the negativity seep through the words coming out of however you listen to sports radio.

Both players ended the season on injured reserve with neck injuries.

With the Seahawks missing the playoffs for the first time since 2011, it wouldn’t be crazy to expect a minor roster overhaul to happen during the offseason. Even if Avril and Chancellor are able to return to one of the most violent sports on the planet, some tough business decisions might need to be made.

Avril had a disc-related surgery in late November. As for Chancellor, he suffered a nerve injury to his neck, also in November.

It should go without saying, but let’s note it anyway, here’s to hoping both players are able to recover.