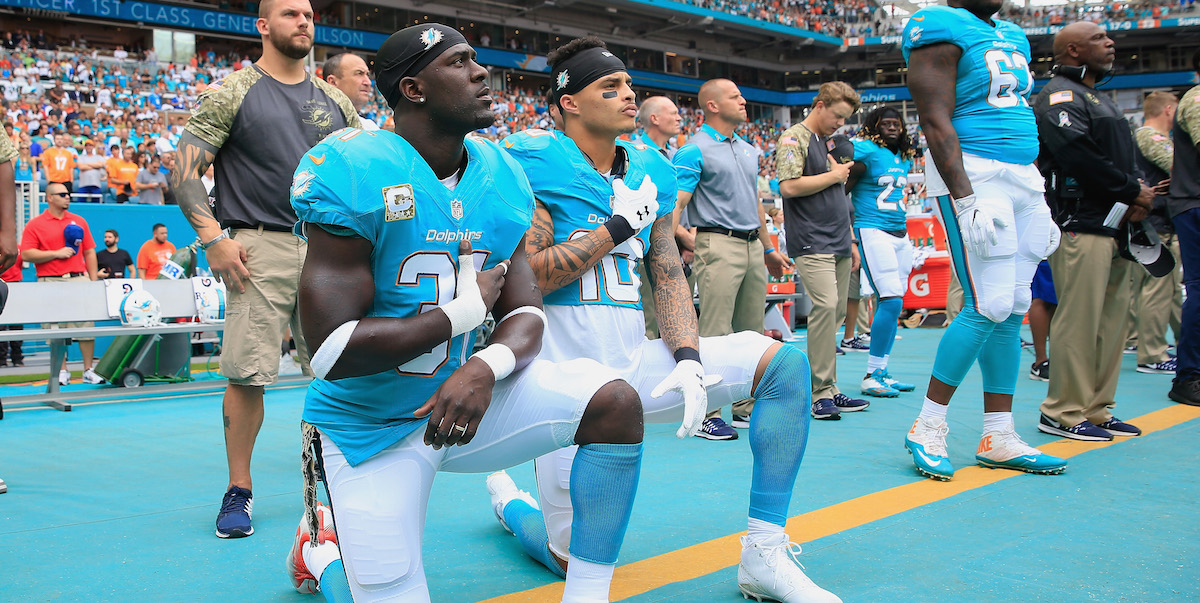 Police officers in Florida have apparently had it with national anthem protests.

According to Fox Business, police officers in Florida cut its staffing off off-duty officers for the Miami Dolphins-New York Jets game over the weekend due to the protests by about one-third.

“Dade County Police Benevolent Association President John Rivera told the Miami Herald on Sunday that the police presence will be ‘the minimal amount where they feel safe, but I don?t think they?re going to have the ideal amount.'”

The move comes after the police union asked deputies to stop their police escort of the Dolphins. Police and EMTs also pushed back against the anthem protests by the Cleveland Browns.

For much of the NFL, protests have slowed in recent weeks, including for the Dolphins, where just three players remained in the locker room instead of protesting by taking a knee.