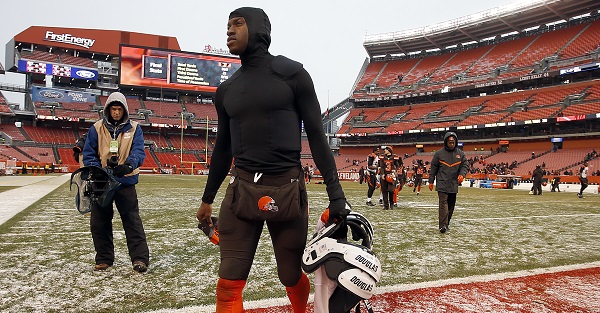 Robert Griffin III isn’t the intriguing, high-upside player that he once was but that won’t stop him from generating some interest around the NFL when it comes to projecting his next stop. The former Heisman Trophy winner is on the outs after an injury-plagued stint with the Cleveland Browns but an interesting landing spot has emerged.

Connor Hughes of NJ.com brings word that Griffin III is “intrigued” by the New York Jets.

The former Rookie of the Year is intrigued by the possibility of playing for the quarterback-needy Jets, according to a person familiar with Griffin’s thinking. The person requested anonymity because he isn’t authorized to speak for Griffin.

Griffin, who visited with the Jets last year before signing with the Cleveland Browns, enjoyed the trip to Florham Park. The person said he “would be up” for a return.

The Jets are in apparent need of a veteran stop-gap and that has led to widespread reporting concerning a potential partnership with Jay Cutler. If that does not happen, however, New York picking up Griffin III could be an interesting way to bridge the gap between now and the presumed ascent of either Bryce Petty or Christian Hackenberg to a starting role in the future.

It would be very interesting to see what kind of market materializes for Griffin III should the other players available (headlined by Cutler and Tony Romo) flee that field by signing deals. Until then, we are left to speculate but the Jets wouldn’t be insane to at least consider adding him if all else failed.