Potential No. 1 pick says he literally choked out an opponent last year 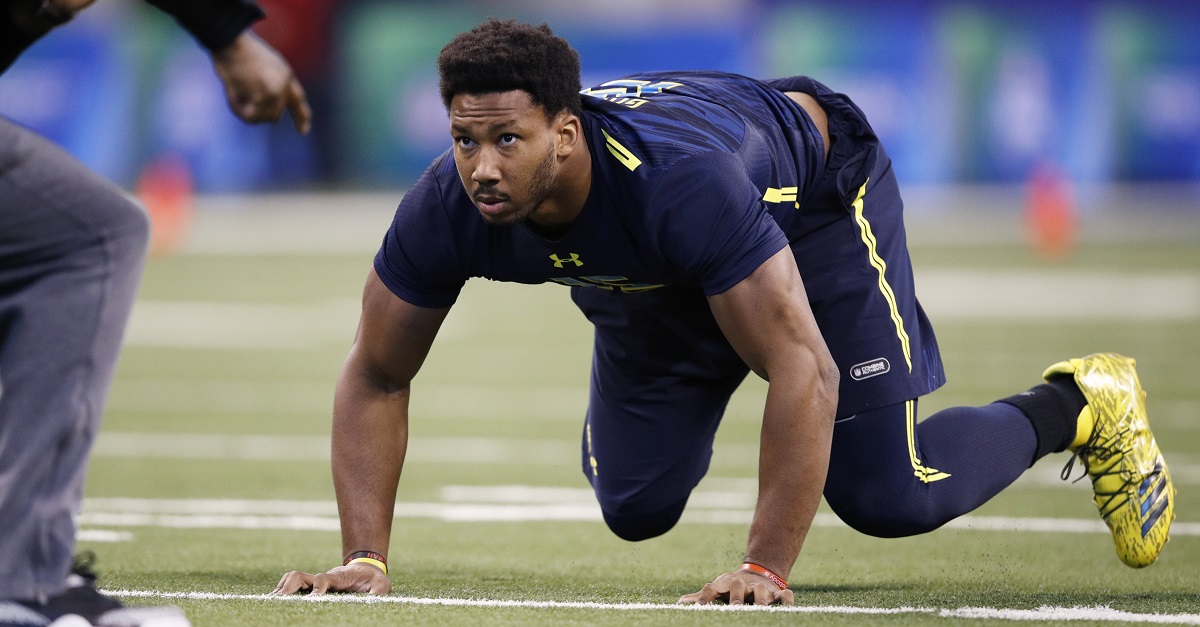 Myles Garrett is believed to be the top pick in the coming NFL Draft because of his freakish athleticism, speed, size and everything else you look for in a potential franchise-changer. He hasn’t had any off the field issues and is in fact, super laid back and one of the nicer guys you’ll meet. However, when he’s in the zone and playing like the monster we know he can be, sometimes he gets caught up in the moment.

That’s a situation he described to ESPN the Magazine when he played LSU this past year. He literally choked out a tight end because he was holding him every time.

“Against LSU my last year, I choked out their tight end two times in a row,” Garrett said. “[Laughs] He had it coming. He just kept holding me, so I picked him up, put him on his back and then I grabbed his face mask and kept jamming his helmet into the ground. I said, “I’m setting you straight right now. Don’t do illegal holds.”

I would probably be pretty angry too if I had lost all three years to LSU and only combined for five tackles and a sack in those games as well.