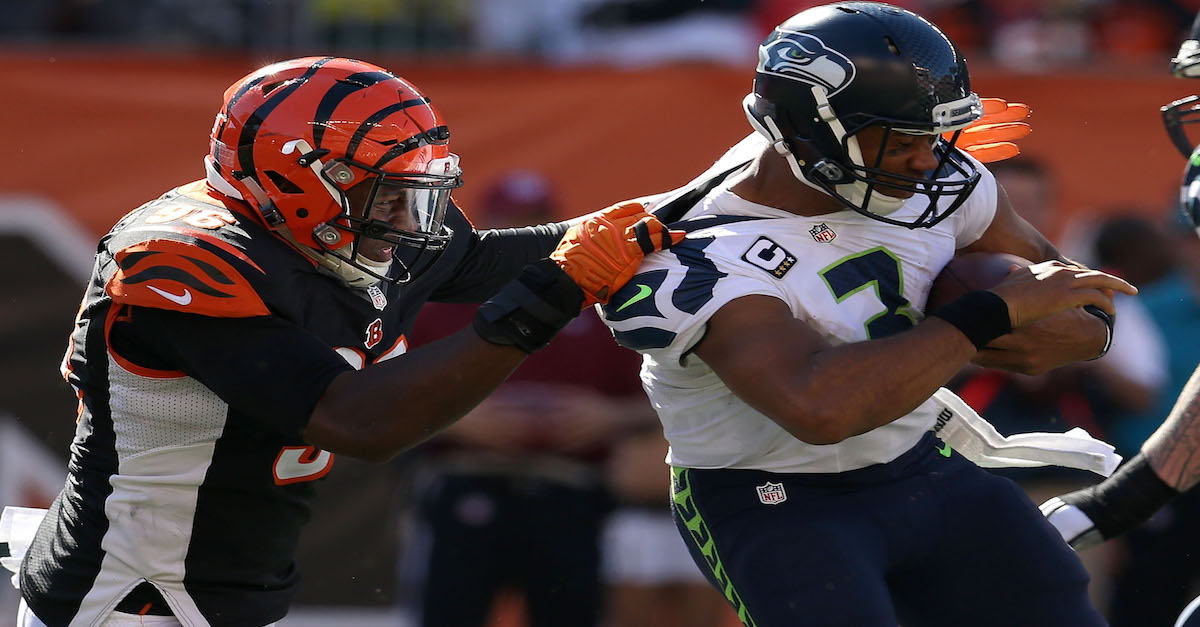 The Cincinnati Bengals over the course of the last few years have assembled one of the NFL’s premier rosters, and it’s for the most part led to some very good results. However, you can’t keep everybody, and the Bengals are getting hit especially hard losing several key pieces to their team in the early part of the NFL’s free agency period.

One key piece for the vaunted Cincinnati defense, Carlos Dunlap, isn’t go anywhere this offseason, but he’s certainly noticed the mass exodus of talent from the Bengals the last few weeks and took to Twitter to voice his concern:

I don't see the plan but guess that's not my role to either.

Dunlap has been a significant contributor for the Bengals’ defense over the last few years, and it’s hard to believe he’s the only current Bengal getting a little anxious about the kind of offseason the Bengals front office has had thus far.

Still, as much as it may hurt now to lose a lot of quality pieces in free agency, like Andrew Whitworth and Domata Peko, the Bengals have proven they’re more than capable of reloading and finding quality replacements.