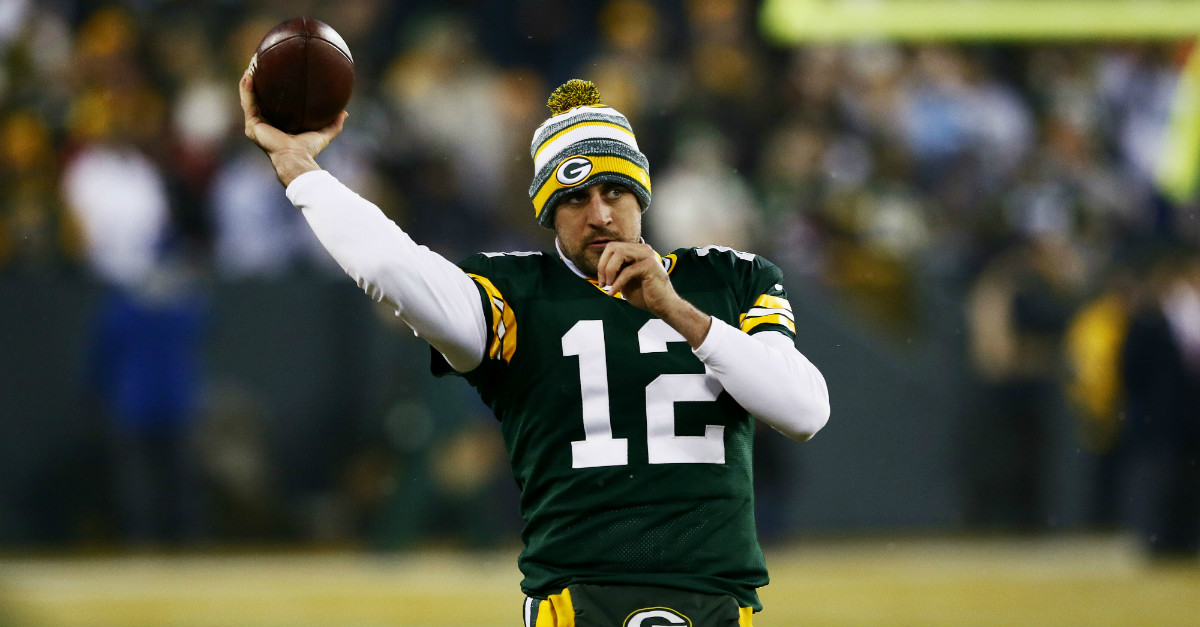 By the time Aaron Rodgers decides to retire from the NFL, he will go down as one of the greatest quarterbacks to play the game. But his path to the league wasn’t always a smooth one. When he was entering college, Rodgers was barely recruited.

His only interest from a Division I school was from Illinois. It wasn’t even a scholarship offer, it was an offer to battle for a walk-on position. Rodgers had sent Purdue his high school highlight film and this is the response he got:

“Good luck with your attempt at a college football career,” according to a passage in Bruce Feldman’s book “The QB: The Making of Modern Quarterbacks.” I think Rodgers has done a lot better than have “an attempt” at a career.

Rodgers recently helped out at “Elite 11,” a prestigious camp for high school quarterbacks.. There was one QB named David Blough, a two-star recruit, who received some advice from the Packers star. Like Rodgers, Blough hasn’t gotten much interest to play QB at a Division I school. Rodgers’ interaction with Blough made him remember how rough it was to get where he is today.

“You really need to remember where you came from and have appreciation for the journey that you went on,” Rodgers said. “I think a lot of kids these days, especially with the outlets we have, the exposure that we have, where a lot of these young guys are ‘blue-chippers’ from the time they’re in high school to the time they get drafted, there’s not a ton of adversity that they go through. I dealt with adversity on every level, from not getting recruited out of high school to going to junior college, to being a backup in D1, to falling farther than I thought I would in the draft. For me, it was great, because I got to sit and learn and be with the disappointment. Those experiences can either strengthen your character or make you really bitter. Thankfully for me, it really strengthened my character and gave me a good resolve.”

Who knows, maybe David Blough will be the next Aaron Rodgers.