Seahawks melt down in loss to Jaguars with ejections, one player attempting to fight fans in the stands 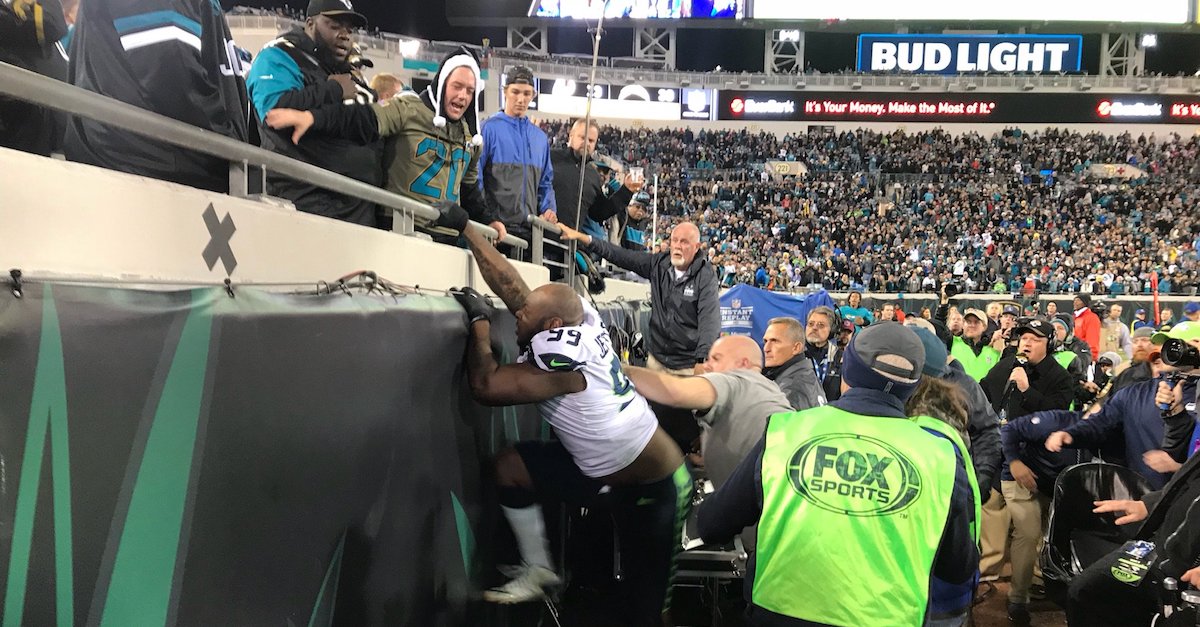 It was an ugly one between the Seattle Seahawks and Jaguars Sunday afternoon in Jacksonville, and it only got worse as the clock ticked down to zero.

The Jaguars were set to kill the clock with possession and the Seahawks unable to secure enough time to get the ball back. That’s when all hell broke loose on a wild possession that resulted in Sheldon Richardson getting ejected for throwing a punch.

And Quinton Jefferson being ejected for unsportsmanlike conduct. He proceeded to jaw at Jaguars fans and even attempted to get into the stands.

The Jaguars walked away with the win, 30-24, but both teams will likely be hearing from the league office.