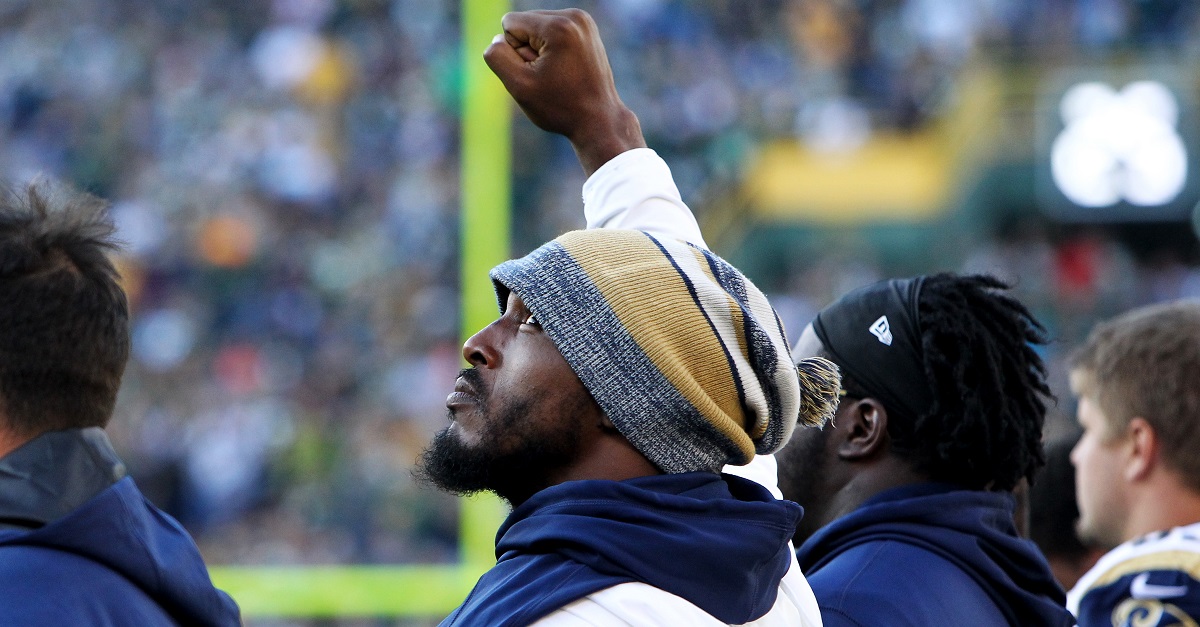 The Los Angeles Rams have already been heavily involved in the trading game before the new league year has even started. They traded for cornerback Marcus Peters from the Chiefs and now they are trading away a two-time Pro Bowler of their own, according to ESPN’s Adam Schefter.

And now Quinn will combine with another defensive terror in Miami and possibly bring the Dolphins to the postseason for the second time since 2008.

With two Pro Bowls and 62.5 career sacks on his resume, Robert Quinn will form a dynamic pass-rush duo with Cam Wake.

It appears Quinn is the only player involved in the trade, but there are three picks involved as well.

Compensation update: Dolphins are sending a mid-round pick to the Rams in exchange for DE Robert Quinn, per source.

Rams trading Robert Quinn to Miami for a mid-round pick, and the teams also are swapping late-round picks. So trade looks as it will involve three picks and one player.

Quinn was drafted 14th overall in the 2011 NFL Draft by the Rams and has recorded 20 forced fumbles and a defensive touchdown during his time in the league.