Randy Gregory drops his appeal, and you have to wonder if he’ll play for Dallas this year 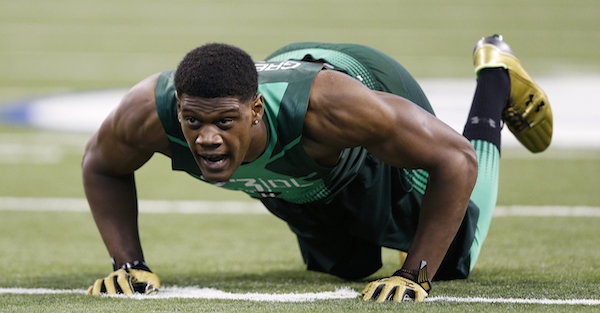 Bad news out of Dallas—that it has nothing to do with Tony Romo may be good news.

If it weren’t for his repeated offenses and being a second-round draft pick, it’s doubtful this would even be newsworthy. In his rookie season, he appeared in 12 games, totaling a whopping seven tackles.

He’s eligible to return week 16, when Dallas plays Tampa Bay. With two games left in the season at that point, you have to wonder if he even sees the field in 2016.