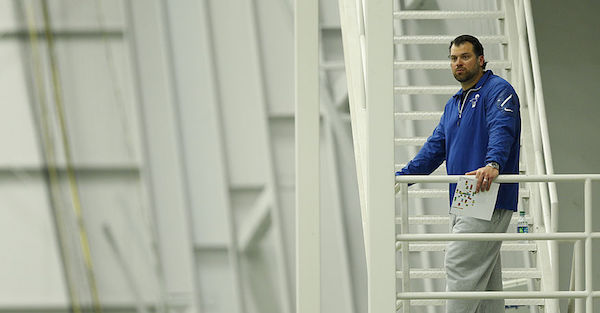 One of the worst trades in NFL history involved the Indianapolis Colts trading away a first-round pick for Trent Richardson, who was a member of the Cleveland Browns at the time.

Obviously, the trade did not pan out for the Colts as Richardson is now out of the league and Ryan Grigson was, up until now, out of a job as a high-ranking executive.

The Browns revealed Wednesday that the team hired Grigson for a job entitled “Senior Personnel Executive”.

Via Dawgs by Nature:

“On Wednesday, the Cleveland Browns announced the hiring of former Indianapolis Colts general manager Ryan Grigson under the position of ?Senior Personnel Executive.? With respect to the chain of command, the team?s press release clearly stated that Grigson will report to Andrew Berry, who is the team?s VP of Player Personnel.”

Early reports indicate Grigson won’t have much power within the organization in this role, but bringing in the guy who gave up a first-round pick for Richardson is an odd move.

Grigson’s time in Indianapolis was not a successful one, and the Browns decision to bring him on is definitely one of the bigger surprises this offseason.