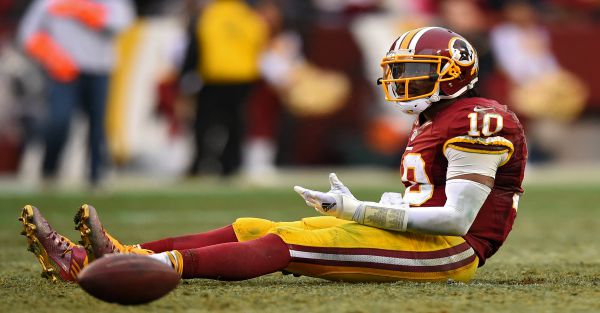 Washington Redskins head coach Jay Gruden stood up for his quarterback on Saturday by declaring the progress he has seen in Robert Griffin III?s game this summer.

RG3?s stat line from Thursday?s game against Cleveland was not impressive. He completed half his passes for 36 yards, earning a passer rating of 62.5. However, Gruden was quick to point out that those stats don’t tell the whole story.

?I see some negative articles here and there on our quarterbacks, but Robert was [4-for-8] with a 60-yard touchdown that was dropped,? Gruden said. ?He had a big third-down conversion. He missed the fade route to Pierre [Garcon]. He threw it out of bounds ? was a little bit adrenaline-rushed. And, of course, he missed the [third-and-5] throw to [Evan] Spencer, whose route was a little bit short. But overall I think managing the game, the position, getting the plays out; we didn?t have one penalty on offense, which was exciting.?

Gruden has never been one to hand out compliments to his quarterbacks without cause. He was not exactly Griffin?s ally last season, so if he is saying that he likes what he sees, then it’s probably safe to take him at his word.