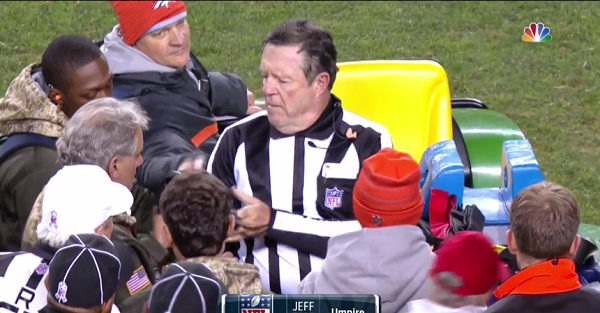 The New England Patriots and Denver Broncos were locked in on their game against each other on Sunday Night Football, but two guys really got into their punt return duties and took out an umpire. One Broncos player blocked a Patriot all the way into the umpire and took out his legs from under him and he smacked the ground pretty hard:

He had to be taken off the field on a cart and he might be headed into the concussion protocol. He seemed to be fine, but him coming off the field is probably for the better and safer choice.