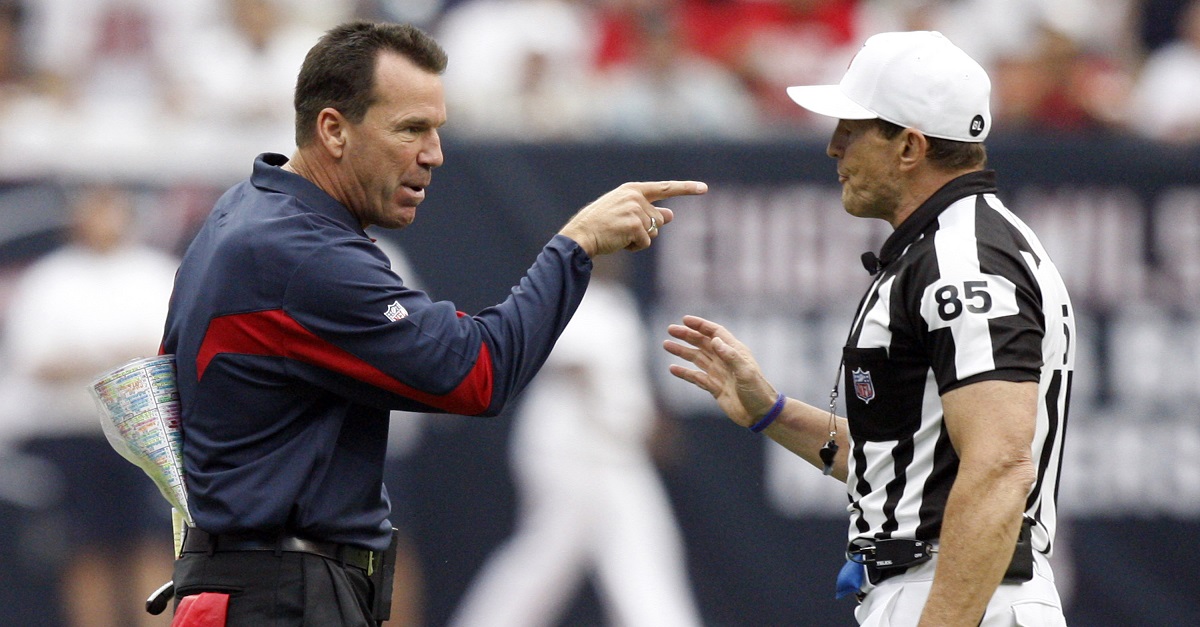 Bob Levey/Getty Images
HOUSTON - SEPTEMBER 12: Houston Texans head coach Gary Kubiak has words with referee Ed Hochuli after the Texans were charged with a timeout after the play clock was zero against the indianapolis Colts during the NFL season opener at Reliant Stadium on September 12, 2010 in Houston, Texas. (Photo by Bob Levey/Getty Images)

Perhaps one of the biggest scapegoats for all football fans has officially retired.

On Tuesday, head NFL official Ed Hochuli announced that he was retiring.

Though generally well-liked by players and coaches, Hochuli often became a target of upset fans after calls went against their teams. This intensified considering that Hochuli was an easily identifiable figure thanks to his physique compared to other referees, as well as his often long and very concise explanations on penalty or replay calls.

Hochuli has been an NFL official for 28 seasons, 26 of which he spent as a crew chief. Hochuli officiated two Super Bowls in his career (XXXII and XXXVIII) as well as five conference championship games.

Outside of the NFL, Hochuli has been a trial attorney for over 30 years. In an interview several years ago, Hochuli noted that his career as a referee actually helped him as an attorney.

“There’s far more pressure on the football field. Just think about this: 300 million people can be watching a game; in the courtroom, maybe there’s a dozen people. Football has been very beneficial to my law practice, it has taught me a lot. I’m never the slightest bit nervous in a courtroom.”

Hochuli’s son Shawn has been named as one of the new NFL referees to take the open spot.