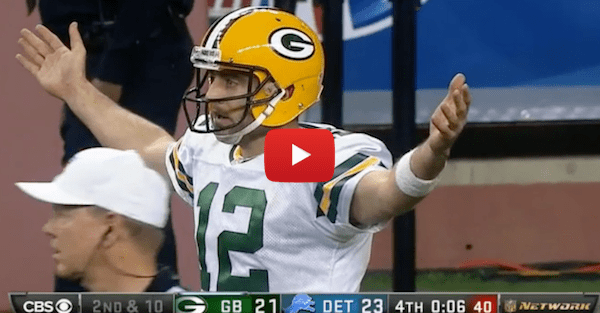 Before the facemask penalty and before the hail mary that stunned the Detroit Lions was this controversy no-call, where it appeared refs missed a clear pass interference play.

Aaron Rodgers tossed it up deep, and it appeared the defender didn’t get his head around quick enough to make a play on the ball, preventing the receiver from getting back to the under thrown ball.

In the end it didn’t matter, but it’s hard not to look at the facemask penalty and not think it was maybe a makeup call.

Who knows what would have happened if this had been called.