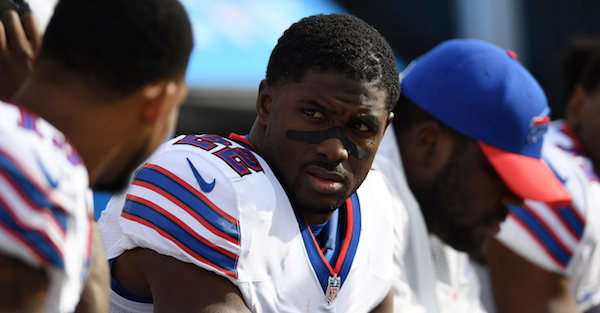 Related: Former Pro Bowl RB Reggie Bush is on the brink of having the worst season ever

Unfortunately for Bush and his current team, the Buffalo Bills, this record isn’t anything to brag about. After Sunday’s 30-10 loss to the New York Jets, Bush became the first non-quarterback in NFL history since the AFL-NFL merger in 1970 to finish a season with negative rushing yards.

Bush didn’t receive a carry against the Jets, and his 12 carries in 2016 netted -3 rushing yards. Bush was once one of the most electrifying backs in the league, but it appears as if his 11-year career might be coming to an end soon. He was aware of his unfortunate record prior to Sunday’s game.

“It’s tough,” Bush told the Buffalo News‘ Nick Veronica. “I just didn’t have a lot of opportunities this year. And so I’m not worried about that, finishing with negative yards or anything like that. If I had more opportunities, it would be a different story. But I didn’t have that.”

Oddly enough, the Bills had one of the most prolific rushing attacks in the NFL this season. But Bush just isn’t nearly as explosive as he used to be, and his carries were limited this season.