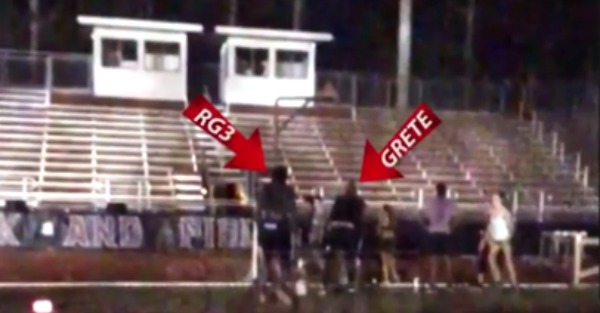 Robert Griffin III had to be restrained from going after an unidentified man following an incident on the Florida State University track, according to TMZ.

TMZ reported that RGIII was with his girlfriend and FSU track athlete, Grete Sadeiko, when the free agent NFL quarterback unintentionally made contact with another runner. That runner was apparently upset and got in the face of the 6-foot-2, 220 pound RGIII. The video shows Sadeiko restraining her boyfriend.

She later told TMZ: “The [other guy] got heated and got way too close to [Robert] but Robert didn’t touch the guy not once nor put his hands on him.”