Report: Former Pro Bowl QB may not play in 2017, may be on verge of retirement 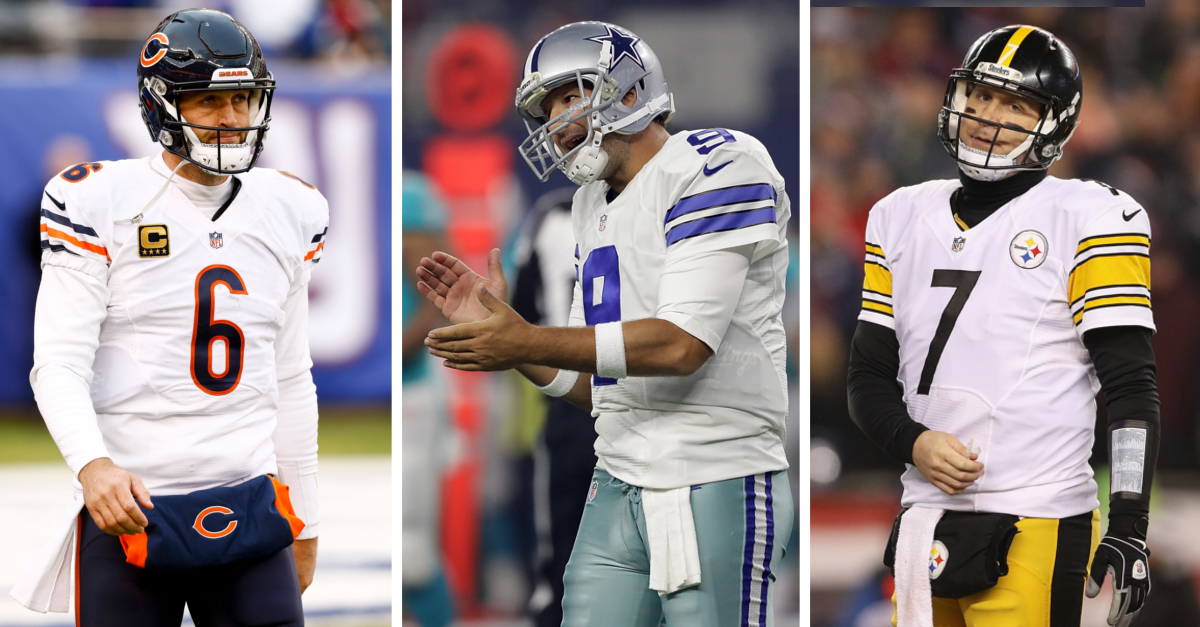 Jay Cutler is one of the best-remaining free agent quarterbacks, but that doesn’t mean the former Chicago Bear and Denver Bronco is going to find a team to latch onto this offseason.

Adam Hoge, a Chicago Bears insider for WGN Radio, is reporting that Cutler may not even play in 2017.

Cutler’s best shot at a starting job in 2017 looked like the New York Jets, but the team ultimately signed NFL journeyman Josh McCown.

Outside of New York, there hasn’t been reported interest surrounding Cutler, who is still only 34-years-old, but it’s definitely possible the only way Cutler gets a new gig this offseason is if he accepts a backup role and a very team-friendly deal.