Report: Jay Cutler has been released, and one disastrous option has emerged as a destination 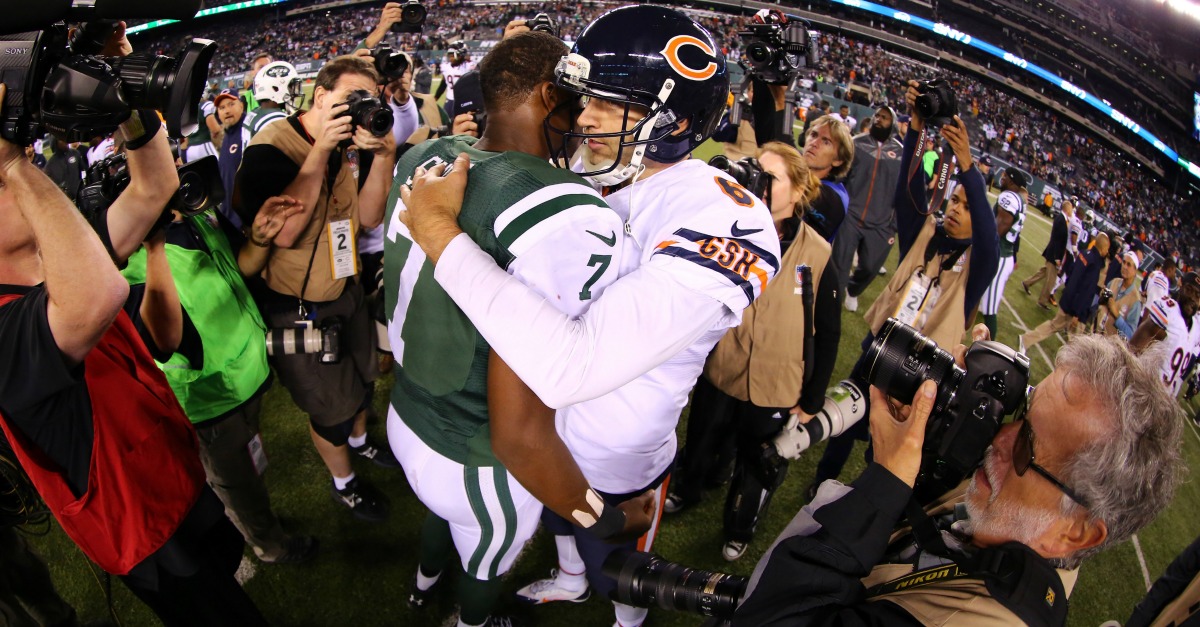 Jay Cutler, the strong armed but horribly erratic quarterback, is a Chicago Bear no longer.

Bears are releasing QB Jay Cutler, per sources. Cutler asked for and was granted his release this morning. Now a free agent.

This should come as no surprise since the Bears signed Mike Glennon to an insanely gigantic deal for someone who is 5-13 as a starter.

When Mike Glennon’s deal is finalized with #Bears, it’s expected to be 3 years for an average of $14.5M, source says. Will still draft a QB

Before Cutler?s Bears uniform had a chance to get cold, a report has already emerged on a suitor.

For now, the list of teams with a potential interest in Jay Cutler starts with…the New York Jets.

Now, that?s going to be enough for Jets fans to retch. The team has already lived through the turnover-prone Geno Smith years, and bringing in Cutler ? who only has three winning seasons in his nine as a full-fledged started, and is 68-71 in his career ? won?t bring comfort to a long-suffering fan base.

That report builds off one last month, in which CBS Sports reported the Jets have ?some interest? in the 33-year-old QB.

Of course, the Jets could have competition:

Sources: If Texans miss out on Tony Romo they'll turn their attention to Jay Cutler. Jets are also in the mix for Cutler.