Report: Peyton Manning has told those close to him that he’ll retire after Super Bowl 50 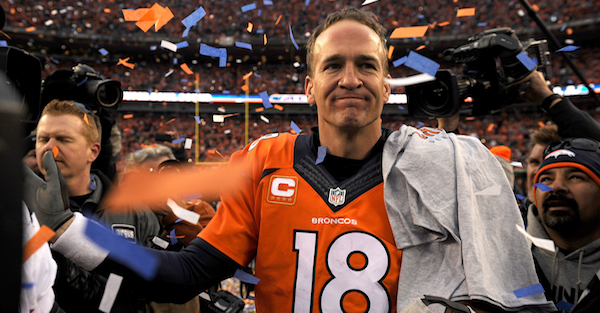 DENVER, CO - JANUARY 24: Peyton Manning #18 of the Denver Broncos walks off the field after defeating the New England Patriots in the AFC Championship game at Sports Authority Field at Mile High on January 24, 2016 in Denver, Colorado. The Broncos defeated the Patriots 20-18. (Photo by Dustin Bradford/Getty Images)

Peyton Manning already hinted at it after his team’s AFC Championship win over the New England Patriots, and rumors are now swirling that the veteran gunslinger will be done after Super Bowl 50.

“The reality is he let the cat out of the bag a little bit,” Rapoport said. “I also know he has told close friends that he expects this to be his last game as well.”

Just when Manning announces his retirement — if he actually follows through with it — remains to be seen.