Report: The Bears have signed a replacement for Jay Cutler to a huge deal 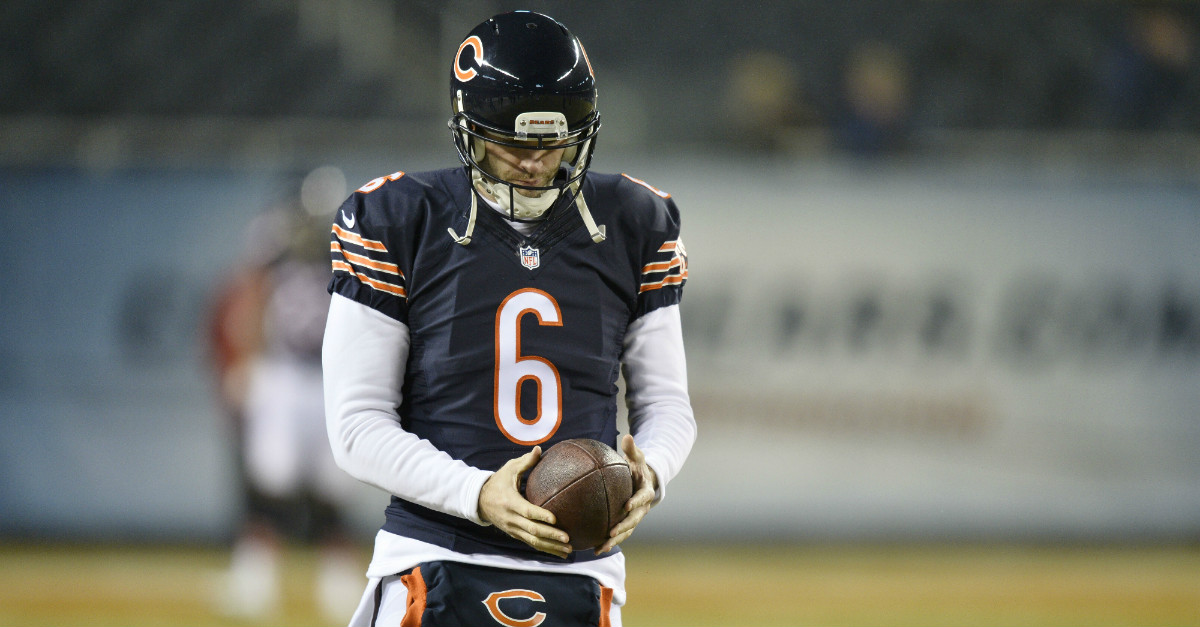 This will easily be one of the most controversial deals of this free agency period, at least until the seasons starts.

It has initially been reported two days ago that the Bears were looking to sign free agent quarterback Mike Glennon, most likely to be the full-time replacement for Jay Cutler starting in the 2017 season. It looks like that has come to fruition, as NFL.com’s Ian Rappaport is now reporting that the Bears have signed Glennon to an enormous 3-year, $43.5 million deal.

When Mike Glennon’s deal is finalized with #Bears, it’s expected to be 3 years for an average of $14.5M, source says. Will still draft a QB

Rappaport says that the Bears will still likely grab another quarterback in this upcoming Draft, which seems to completely spell the end for Cutler in Chicago.

This is a huge risk for Chicago, as Glennon has not started in the NFL since the 2014 season with Tampa Bay. Glennon eventually became the backup for Jameis Winston after the Bucs drafted the Florida State product with the No. 1 overall pick in the 2015 Draft.