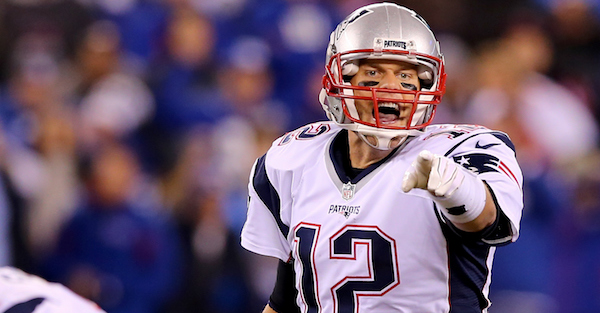 Tom Brady is set to miss the first four games of the NFL regular season, and the guidelines have been set that the quarterback can’t have any football conversations with any member of the New England Patriots.

Related: The NFL is limiting what Tom Brady can do during his suspension, and it’s absolutely ridiculous

With the scope of what the NFL expects widely known at this point, Bleacher Report’s Mike Freeman  spoke to two league executives who believe the league is trying to “catch Brady of the Patriots trying to cheat the suspension.”

According to the report, an AFC source reportedly told Freeman they wouldn’t be surprised if “a team, or even the NFL, had someone watching Brady’s house to see if Patriots teammates show up there.

Freeman notes it’s hard to believe the league or a team would actually do that, but judging by how DeflateGate has played out, would it really surprise anyone?

Brady allegedly was aware of the deflating of footballs ahead of the team’s AFC Championship game two years ago. The Patriots were hit with stiff fines that included a $1 million penalty and multiple draft picks taken away. Patriots staff members were also suspended stemming from the incident.