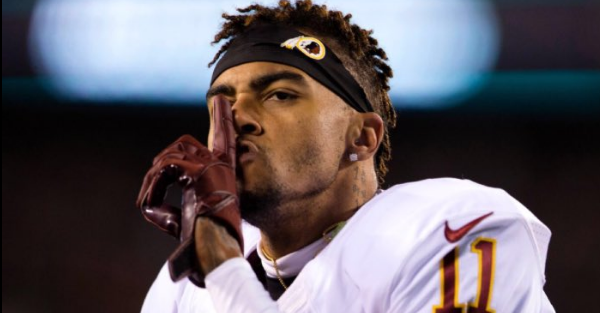 It looks like quarterback Jameis Winston has an explosive new option at wide receiver:

The #Bucs are expected to sign #Redskins WR DeSean Jackson, source said. A deal they’ve expected, but a big one.

Jackson himself teased the news.

Jackson, 30, gives Winston an explosive option to go along with Mike Evans, and will certainly improve the offensive on a team that went 9-7 last year.

RELATED: Two Super Bowl contenders targeting this explosive receiver
Jackson had more than 1,000 receiving (1.005) for the fifth time in his career in 2016.

Philadelphia, New England and Dallas were also rumored to be in on Jackson.