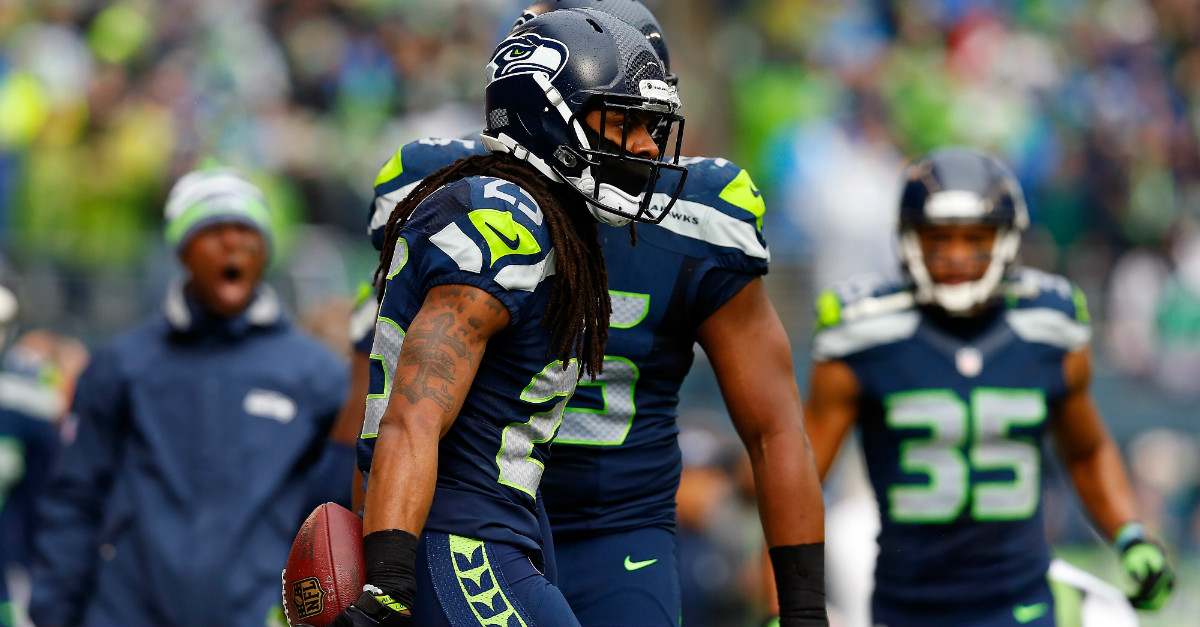 On the first play in the fourth quarter, Richard Sherman injured his elbow while making a tackle on Packers RB James Starks. Seahawks LB Kam Chancellor collided with Sherman and Starks and immediately the cornerback felt pain in his elbow.

For the rest of the quarter, Sherman played with his left hand clenched in a fist and his arm in a pretend sling. It did not move from that position. What’s mind-boggling about it is the fact that Aaron Rodgers didn’t throw his way and test Sherman’s injury. He was obviously in serious pain and the fact that Rodgers didn’t go his way is inexcusable. Despite his injury, Sherman says there’s no way he’s missing the Super Bowl.

“We got tape for the warriors,” Sherman said, via ESPN. “I guarantee you in our next game, we will all be out there.”

Sherman is scheduled for a MRI on Monday, but even if it’s a serious injury, Sherman will wear a brace on his arm and give it a go in two weeks against the Patriots.