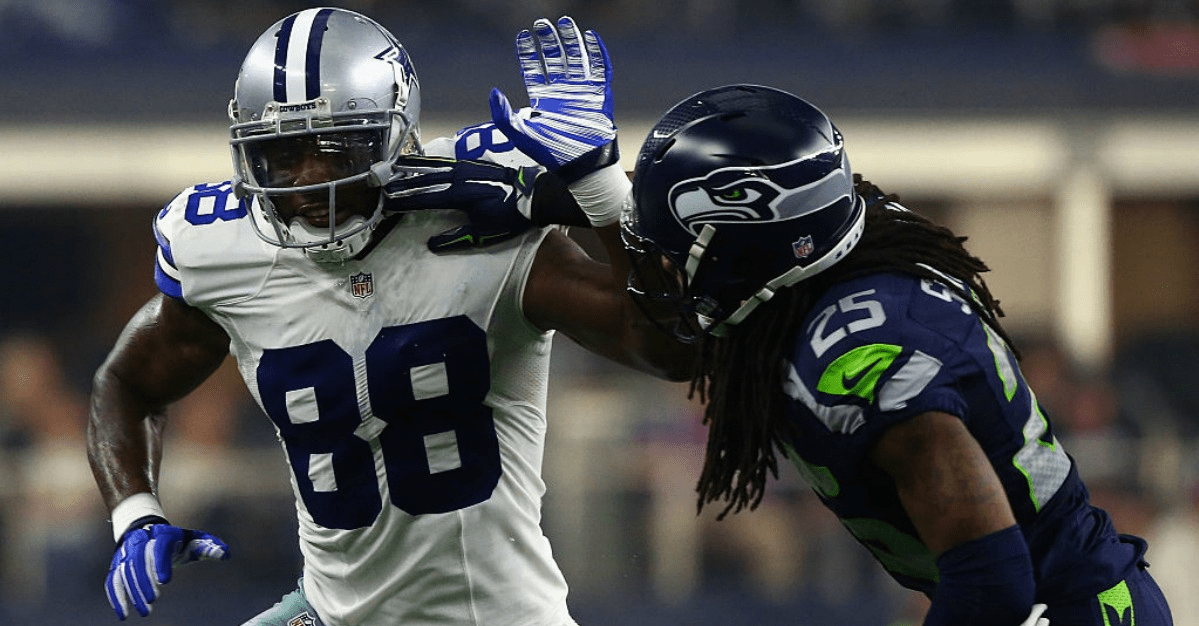 Richard Sherman has basically become synonymous with the Seattle Seahawks, and at least their defense. The reality of life in the NFL, though, is that nothing lasts forever, and one plugged in NFL reporter seems to think that Sherman’s time in Seattle could be nearing its end.

In a recent NFC West Q&A on ESPN, Los Angeles Rams reporter Alden Gonzalez had this to say when asked which veteran NFC West player will be playing for his team for the final time in 2017:

A lot of people are surprised Richard Sherman is still with the Seahawks heading into 2017, and a lot more might be surprised if he’s with them in 2018. This just seems like his last ride in Seattle, if he even gets it. As Seth Wickersham outlined, growing tension within the Seahawks’ locker room basically paved the way for both sides to believe a trade was the best course of action.

The Wickersham article Gonzalez referenced highlighted the tension between Sherman and the organization, specifically Sherman’s frustration with franchise quarterback Russell Wilson and head coach Pete Carroll — much of it stemming from Wilson’s Super Bowl interception that cost the Seahawks the game against the Patriots.

Here’s an excerpt from that piece:

And with just one trophy and the window closing fast, he (Sherman) has placed responsibility for that failing on the two faces of the franchise: Wilson and Carroll. Sherman, who like Wilson declined comment for this story, thinks Carroll hasn’t held Wilson or many young Seahawks to the defense’s championship standard. He’s been disillusioned not only by that single play more than two years earlier but also by his coach’s and quarterback’s response to it.

Gonzalez went on to point out that even though there was tension, the trade of Sherman never happened and all parties involved apparently moved on, but the reporter doesn’t seem to think this saga is over just yet. In fact, he thinks Seattle’s dominant defensive run may be nearing a close:

It didn’t happen this offseason — at least not yet — but after 2017, Sherman will be 30, with one year remaining on his contract. So, this might be the last ride for this great Seahawks defense. Their starting defensive ends, Michael Bennett and Cliff Avril, are 31. Two of their starters in the secondary — Sherman and Kam Chancellor — will be 30 next year. Sherman might be moving on soon.

Sherman may be getting older, but he’s far from old by NFL standards. And sure, NFL wide receivers are getting bigger, stronger and faster, but Sherman hasn’t yet missed a step, and he’s coming off a 2016 season that saw him notch four interceptions, a fumble recovery, and 38 tackles.

More important than those stats with Sherman is the leadership and energy he can bring to a defense. There are also the hidden stats to consider, like the number of times quarterbacks looked the other way when they saw Sherman blanketing their receiver.

The fact of the matter is that for now, Sherman is still one of the best cover corners in the NFL, and that should still be the case after the 2017 season and for at least a few more seasons after that.

If Seattle doesn’t want him, the Seahawks will likely find many willing trade partners, though it would admittedly be strange to see him in a different uniform.