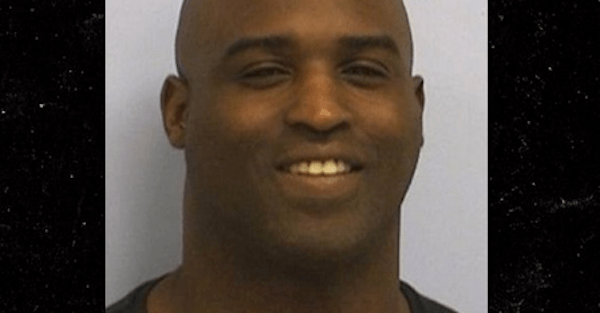 According to TMZ, Ricky Williams was arrested in Texas this week on traffic warrants.

According to the report, he was pulled over for a routine traffic stop and was subsequently arrested once officers realized he had an active warrant for his arrest.

He was taken to jail, but at time of writing was out. According to the report, there is no information on what the warrant was for.

Williams was a one-time Pro Bowlers and one-time All-Pro running back during his sporadic time in the NFL.

He played five seasons in the NFL, registering an 1,800-yard season two years before retiring in 2004. He retired in 2004, returned for the 2005 season and missed the following year due to a violation of the league substance abuse policy.

He played just one game in 2007 and closed his career in 2011 as a shell of his former self. In the six seasons he played after his first retirement, he rushed for more than 1,000 yards just once and more than 600 yards four times.

Williams was the No. 5 overall pick n the 1999 draft after winning the Heisman trophy while at Texas.

He played for the New Orleans Saints, Miami Dolphins and Baltimore Ravens throughout his career.