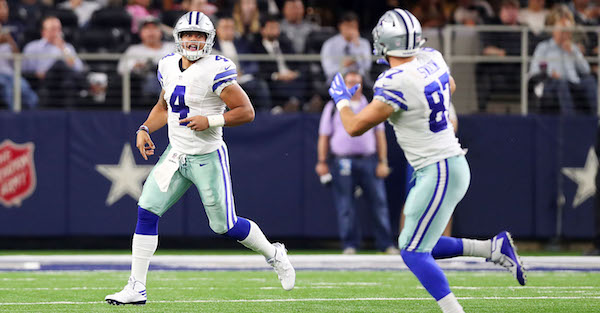 The Dallas Cowboys’ offense took a hit prior to training camp after backup tight end Geoff Swaim injured his foot during an informal workout.

Related: Another Dallas Cowboys standout if officially moving on to another in-conference team

According to ESPN, Swaim had a screw inserted into his foot to secure the bones together, and he will likely be out until training camp in July.

Players are allowed to workout at the team facility at this point in the offseason, but they can’t have contact with coaches. Swaim hurt his foot while the coaches were on vacation.

Swaim was also injured last season and missed the last seven games of the year with a torn pectoral tendon. He caught six passes for 69 yards in 2016 as the Cowboys’ primary backup tight end behind Jason Witten. Swaim took over for James Hanna, who tore his ACL. Though his targets were limited, Swaim was noted as a strong run blocker at tight end.

Swaim was a seventh-round draft pick by the Cowboys out of Texas in the 2015 NFL Draft.