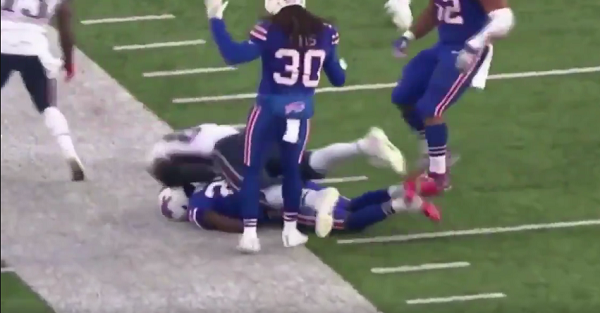 The New England Patriots easily handled the Buffalo Bills 23-3 on Sunday, but it wasn’t without its share of insanity. First, quarterback Tom Brady went berserk on his offensive coordinator and then later in the game tight end Rob Gronkowski thought he was back at Wrestlemania as he just took a cheap shot at a downed Bills player.

Cornerback Tre’Davious White was the Bills player down after he intercepted Tom Brady on the play. He took the hit from Gronk and needed some help getting up as he was injured on the play.