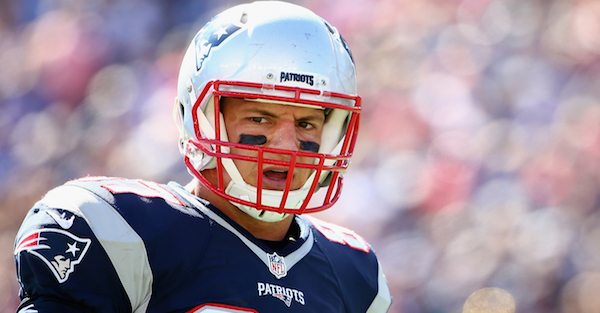 Rob Gronkowski is asked to talk after the game and declines. Says he will talk tomorrow. "But I'm good," he says, with a smile.

The former Pro Bowler suffered an injury on a 21-yard reception during the third quarter of Sunday’s 36-20 win over the New Orleans Saints and was unable to return, despite initially being ruled as questionable following an examination on the sideline by team trainers.

Prior to that play, he recorded six catches for 116 yards and a touchdown.

Gronkowski has a history with injuries, including a season-ending back injury that forced him to miss the Super Bowl last season.